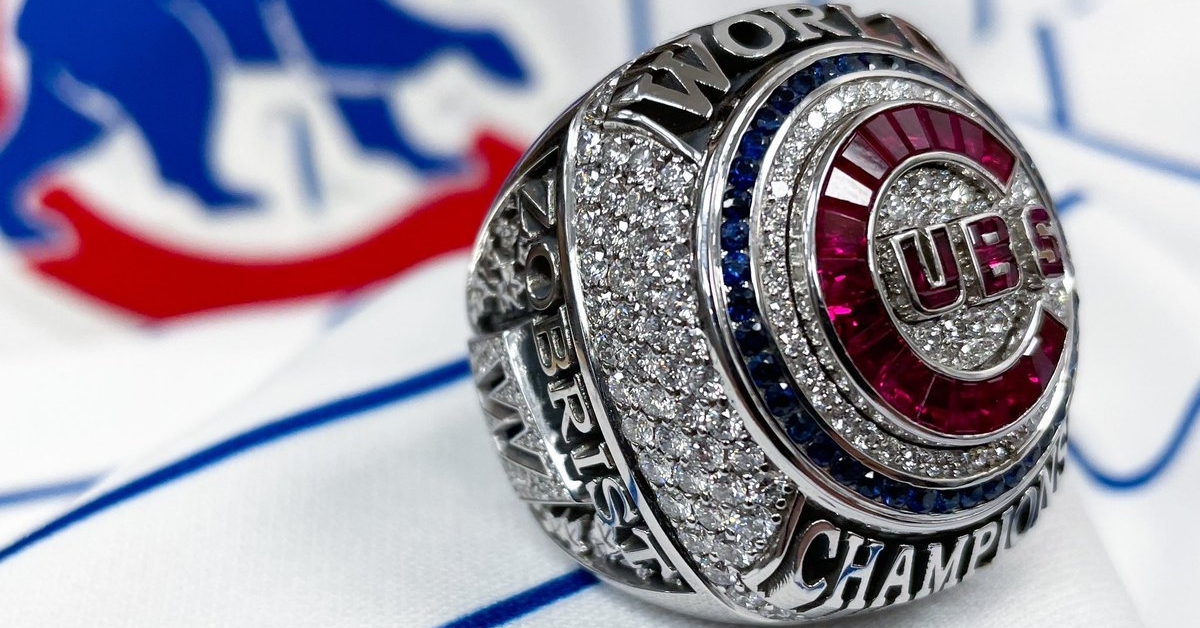 Ben Zobrist, the MVP of the 2016 Fall Classic, is auctioning off the World Series ring he earned as a member of the Cubs. (Credit: @Heritage_Sport on Twitter)

Not even five years after attaining the prized piece of hardware, former star Chicago Cubs utility man Ben Zobrist is already selling his 2016 World Series ring. Heritage Auction Sports announced on Friday that Zobrist's commemorative ring from the 2016 Fall Classic is up for auction, meaning that the recently retired player who drove home the go-ahead run in the 10th inning of Game 7 on that famous November night is moving on from the prized possession.

Zobrist was the MVP of the 2016 World Series, which the Cubs won in seven games over the the Cleveland Indians for the North Siders' first World Series title since 1908. Cubs fans will now have an opportunity to bid on the ring, the only one from the 2016 World Series to be put up for sale thus far. While Zobrist also won a World Series with the Kansas City Royals in 2015, Zobrist's ring from that particular Fall Classic is not currently up for auction.

UPDATE 1: The latest report is that Zobrist is not selling his ring.

Regarding a story that was making the rounds yesterday, 2016 World Series MVP Ben Zobrist is not selling his WS ring.

UPDATE 2: Zobrist essentially confirmed that the ring was not for sale by posing for a picture with it.

In case anyone still has doubts, Ben Zobrist shows off his 2016 World Series ring today. pic.twitter.com/fGbAJP4iv3