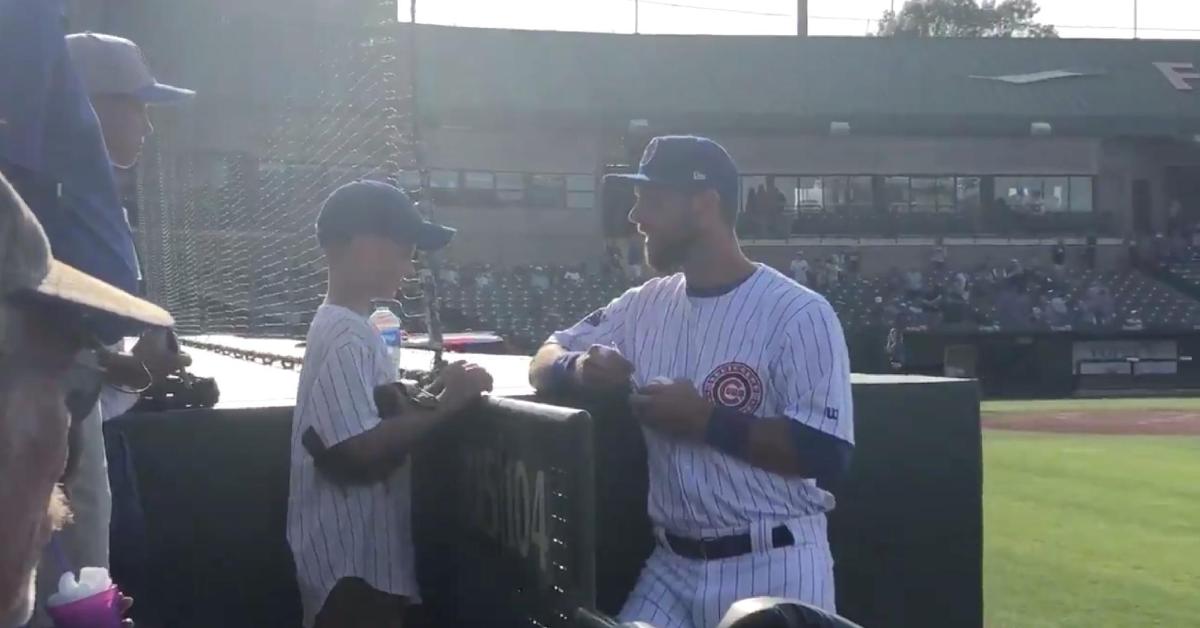 Ben Zobrist spent as much time as he possibly could making a positive impression on supporters of the South Bend Cubs.

SOUTH BEND, Ind. — Prior to playing in his second game with the Single-A South Bend Cubs, Chicago Cubs utility man Ben Zobrist took time away from his pregame routine so that he could greet adoring fans and sign autographs at Four Winds Field at Coveleski Stadium on Saturday evening. Needless to say, South Bend supporters were thrilled to have a player of Zobrist's stature taking part in a contest at the Single-A venue, which very rarely hosts notable players, and Zobrist made the experience memorable for them.

According to Chicago Sun-Times reporter Madeline Kenney, who attended the game and captured footage of Zobrist penning autographs, the line of fans waiting to have the chance to chat with "Zo" was incredibly long. In typical Zobrist fashion, the classy veteran reportedly spent approximately 20 minutes signing autographs before he finally had to stretch and participate in warmups. The 2016 World Series MVP has already made quite the impression on the South Bend fans just two days into his rehab stint.

Went on for about 20 minutes. He said multiple times "OK, last one, I gotta go stretch" but continued to sign until he absolutely had to go.