This is not great news to report on the Cubs injury front.

Standout closer Brandon Morrow has been shutdown from throwing as he has not "bounced back well" from a mound session earlier this week according to multiple reports.

Cubs manager Joe Maddon told reporters that they needed to slow things down after the 34-year old closer felt some discomfort during this week's side session.

"The bounceback after the last time out wasn't as good," Maddon said. "So, we've got to back off of him once again and just slow things down. That's just where he's at. It's not unlike what had been going on [at times last season]. It was all trending very well and then, like I said, this last time, just not as good. So, we just have to pay attention to what he's saying."

The Cubs were hopeful that he would be returning to the team by the end of April or May and it appears that his return will not be anywhere close to that timeframe. Look for him to possibly be back in June at the earliest.

Morrow is currently trying to recover from offseason elbow surgery in November, and the timeline for return is presently unknown. In 2018, he had a 1.47 ERA, 1.08 WHIP, and 3.44 K/BB ratio in 35 appearances. He is in the last year of a two-year, $21 million contract with the Cubs.

The Cubs have some reinforcements in the minors that could bolster the bullpen with Tony Barnette (Triple-A rehab), Mike Montgomery, and Xavier Cedeno (Double-A rehab) that can somewhat offset Morrow's absence. 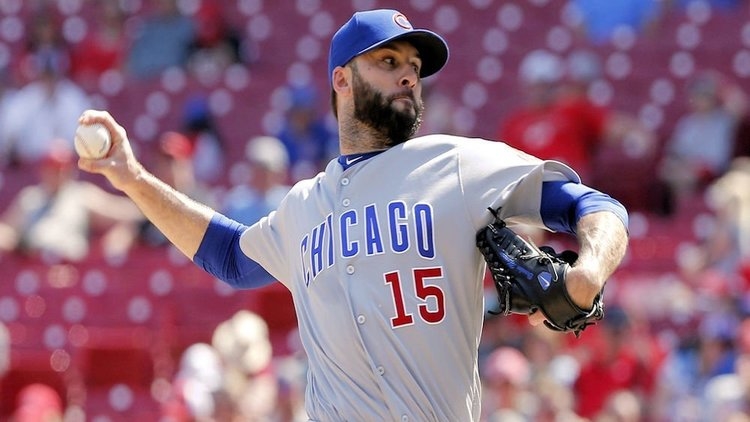