However, they keep their business to themselves with regards to future baseball plans. Bryant has not mentioned or asked about his free agent interest from teams this offseason.

"He’s not signing here," Bryant told reporters at Cubs Convention on Friday evening. "That's his business. "It's a good time for him and his family, and I'm not going to be another one of the guys asking him where he's going to sign."

Bryant has been confused by the offseason with regards to free-agent signings.

"It's weird, really weird," Bryant said. "Two of the best players in the game and they have very little interest in them just from what I hear. It's not good. I think it's something that, it's going to have to change. I know a lot of the other players are pretty upset about it. I don't know. We'll see how it goes. We still have another month left. But it is slow for sure."

"Not enough teams trying to be competitive," Bryant said. "There's a lot of teams out there that have the money to spend, but they're not doing it. It's just very confusing to me. If I was an owner, president or GM, I would love to have Bryce Harper or Manny Machado on my team. Just playing against them, they're very frustrating to play against. They're some of the best talent out there, and it seems like there's only a few teams that really want them." 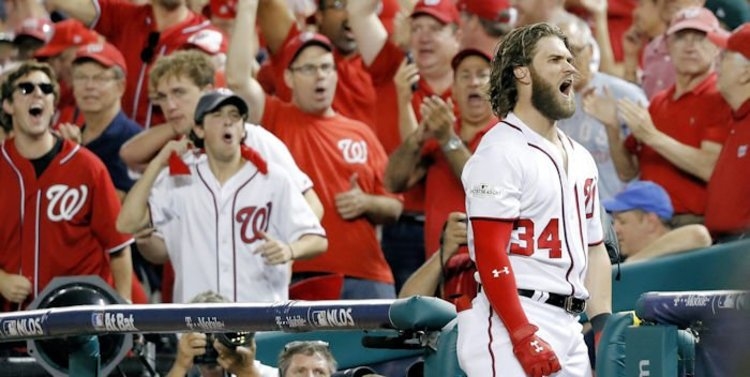