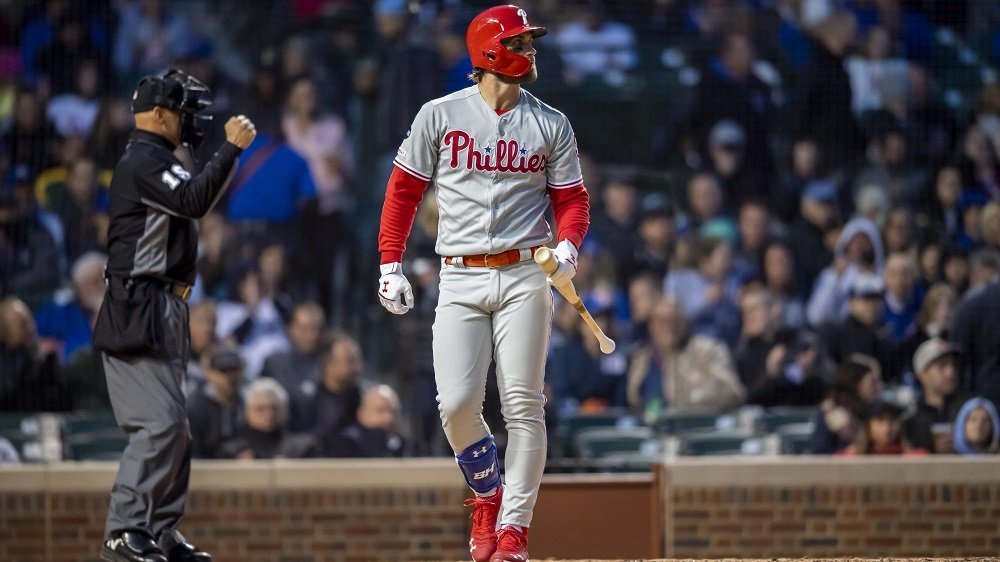 Philadelphia Phillies outfielder Bryce Harper was treated to a not-so-warm welcome to the Bleacher Bums after his very drawn-out free agency process.

Harper was booed heavily throughout each of his at-bats during the Cubs' exciting win on Wednesday.

"They were really nice last year because they wanted me," he said during Wednesday's media availability. "You know? They were nice to me but now they’re back to not."

Here is a video of Harper launching a baseball out of the stands instead of throwing it to a fan on Wednesday night.

After making the final out in right field in the sixth inning, Bryce Harper trolls Cubs fans and LAUNCHED the ball out of Wrigley Field and on to the rooftop. ?? pic.twitter.com/31Yec16lGe