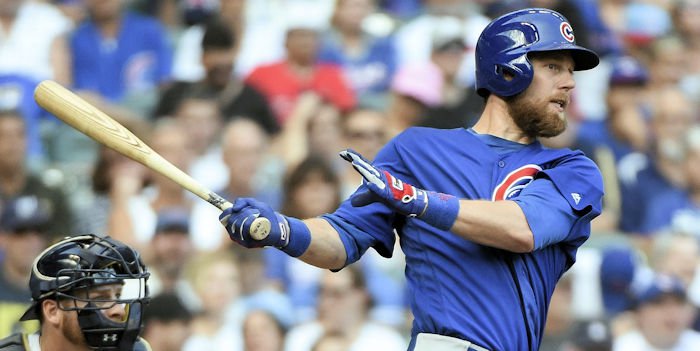 Things might be getting a little feisty in St. Louis.

The Cubs-Cardinals rivalry is one of the best in sports and should be filled with fireworks as the Cubs can eliminate the Cardinals from winning the division with a win tonight.

Chicago Cubs second baseman Ben Zobrist was interviewed by reporters over the weekend about clinching a playoff spot in St. Louis. Cardinals outfielder Tommy Pham heard that Zobrist said they "intend to clinch" at Busch stadium and Pham had the following salty comments.

"Better not ask me how I'm doing on the field," Pham said to reporters. "I don't wanna be his friend now. You know, you say you're going to come here and pop bottles...don't say hi to me on the field then."

Any confident group thinks they will win a series so it's not like Zobrist was saying something salacious or provocative.

The comments by Pham is something a child would probably say to a big brother that is hurting his feelings. It appears that the Cardinals are ready to lose it mentally if they have to watch the Cubs win another divisional crown.