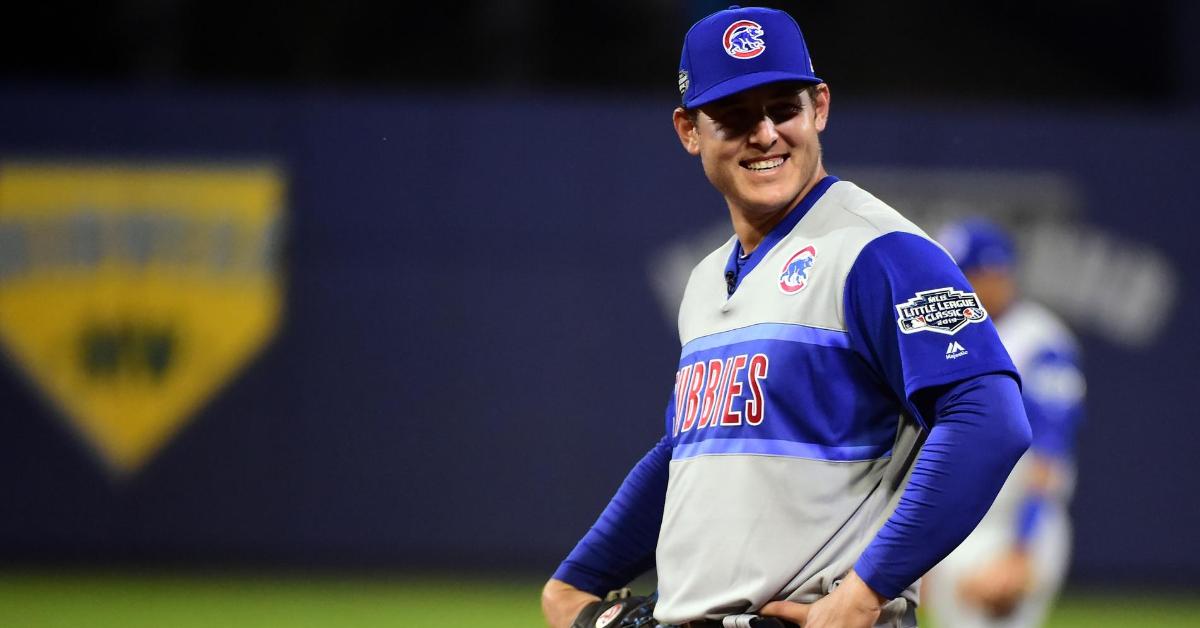 The Chicago Cubs are working hard to improve their roster for the long-term at this year's Winter Meetings.

Reportedly, they are working on long-term extensions for certain players (AKA probably Javy Baez) but not for the unofficial captain Anthony Rizzo according to his agent.

"The Cubs have informed us that they will not be offering Anthony an extension at this time," Rizzo's agent Marc Pollack said via ESPN. "Anthony has let his desire to be a Cub for life known to the organization. Although we do not know what the future holds, a deal to make that happen will not be addressed now."

Rizzo is one of the most popular players in Cubs history.

"Anthony loves playing for the Cubs fans and loves the city of Chicago," Pollack said. "He is excited to be playing for David Ross and will continue to work hard to help the team get back into the postseason and win another championship."

Rizzo will become a free agent after the 2021 season.

In other extension news, ESPN's Jesse Rogers said that Kyle Schwarber hasn't also been offered any type of long-term extension.