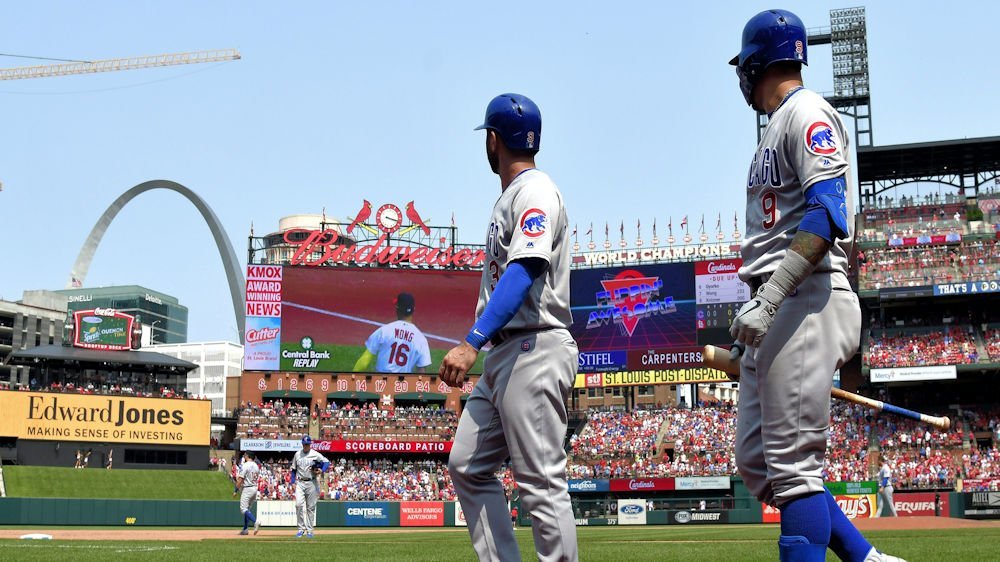 The Chicago Cubs and the St. Louis Cardinals will take their rivalry across the pond next year. (Credit: Jeff Curry-USA TODAY Sports)

Major League Baseball announced on Friday that the Chicago Cubs and the St. Louis Cardinals will face off in London for a 2-game series in 2020. Set to take their rivalry across the pond for the so-called "London Series," the Cubs and the Redbirds will do battle at London Stadium on June 13-14 of next year, with the Cardinals serving as the home team.

Cubs executive chairman Tom Ricketts released a statement after the official announcement was made, saying, "It is an honor to participate in the MLB London Series, and we are happy to support Major League Baseball’s effort to promote America's pastime on an international stage. The rivalry between the Cubs and Cards is one of the best in sports and will be a great matchup for international baseball fans to experience in London."

Cardinals chairman and CEO William DeWitt Jr. also released a statement that read, "The Cardinals are excited and honored to be a part of the London Series next year. The Cardinals-Cubs rivalry is one of the best in sports, and it will be exciting to bring it to Europe for a new audience to experience. I have no doubt that the passionate sports fans in London will love these games, and we look forward to creating some new Cardinals fans overseas."

Later this month, the Boston Red Sox and the New York Yankees will face off at the same London venue for a 2-game set, making it only fitting that the National League's comparable version of that rivalry will go international next season. The Yankees-Red Sox series, which will be played on June 29-30 with the Red Sox serving as the home team, will mark the first MLB action to take place in Europe. Next year's Cardinals-Cubs matchup will cap off a two-year agreement between MLB and the city of London that was signed in 2018. Fan festivities and youth initiatives will take place throughout London as part of the London Series experience.

London mayor Sadiq Khan commented on the London Series on Friday, stating, "With the historic rivalry between the Red Sox and the Yankees set to play out here in London this summer, it's great news that MLB fans in the capital will have another London Series between the Cardinals and the Cubs to look forward to next year at the London Stadium. This is the world's greatest sporting city, and this is yet more evidence that London is open to hosting the biggest and best sports teams from around the world."