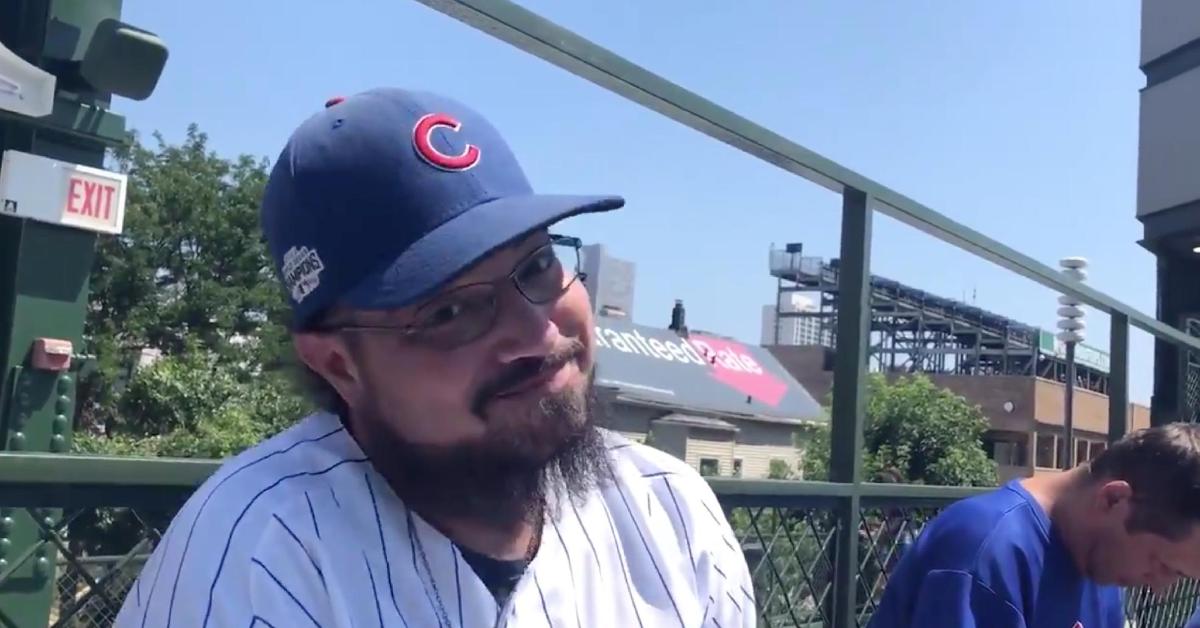 Christopher Sorley, who is known as "Mai Tai Guy," may have Kyle Schwarber's home-run ball, but the two kids whom he warded off will receive baseballs signed by Schwarber.

CHICAGO — In the wake of the infamous incident involving an unruly adult Chicago Cubs fan known as "Mai Tai Guy" fighting off a couple of kids in order to get his hands on Kyle Schwarber's walkoff home run on Tuesday, the Cubs organization stepped up and made things right. The fan, who was seen wearing a customized Cubs jersey with his nickname on the back, snatched the ball away from two young boys in the outfield bleachers, leading to intense fan reactions that ranged from heavy criticism of Mai Tai Guy to sympathy for the boys.

While Mai Tai Guy technically did not do anything wrong by warding off the kids in an effort to garner a souvenir, the Cubs organization announced on Friday that the boys would not be left empty-handed. Cubs Vice President of Communications Julian Green told Chicago radio personality David Haugh of 670 The Score that the Cubs would be reaching out to the families of the two kids and would then send each of the boys baseballs signed by Schwarber, thereby making up for the fact that they missed out on obtaining a Schwarber home-run ball.

Mai Tai Guy won’t back down. Every man and boy for himself on home run balls in the Wrigley bleachers. pic.twitter.com/DZCsHfhANx

Cubs VP communications Julian Green told me this morning @mullyhaugh on @670TheScore that the Cubs will reach out to the two kids who were present when "Mai Tai Guy" snatched Kyle Schwarber's walk-off HR Tuesday and provide signed Schwarber baseballs for them. Nice gesture.