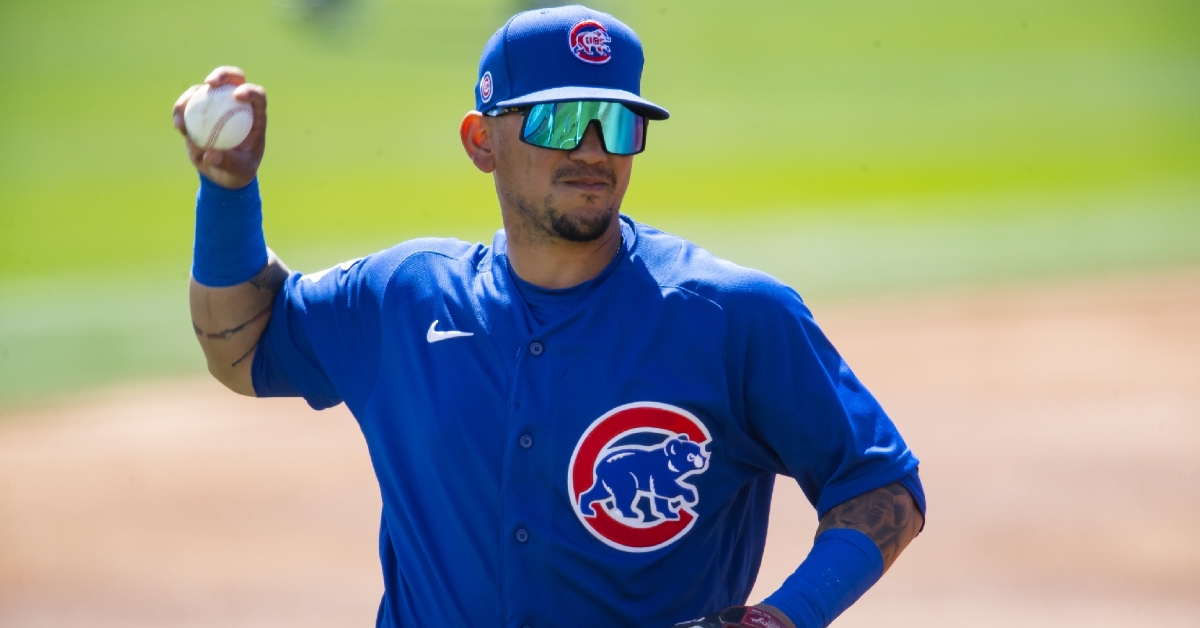 Vargas is back with the Cubs (Mark Rebilas - USA Today Sports)

MILWAUKEE – The Chicago Cubs today selected as a replacement player infielder Ildemaro Vargas from the South Bend Alternate Site. In a corresponding move, infielder Matt Duffy has been placed on the COVID-19 related injured list.

Vargas, 29, was claimed off waivers from Minnesota September 5 of last season and hit .222 (2-for-9) with a solo home run in six games for the Cubs. All told, last season he appeared in 24 games between Arizona, Minnesota and Chicago, hitting .196 (10-for-51) with a double, a triple, a home run and three RBI.

In 2019 with Arizona, Vargas made his first career Opening Day roster and proceeded to hit .269 (54-for-201) with nine doubles, a triple, six home runs and 24 RBI in 92 games covering four stints for the Diamondbacks. He appeared in 48 games at second base, 14 games at third base, four games at shortstop and one game apiece in left field and right field.

Duffy, 30, has batted .125 (1-for-8) with a double and a walk in seven games for Chicago after signing a minor league deal with the organization in December of last year.

INF Matt Duffy has been placed on the COVID-19 related IL. pic.twitter.com/5Pfl1PGx9L

Matt Duffy joining the list is interesting because he’s not a pitcher. The relievers on it obviously had close contact with Young, their bullpen coach.

Source indicates that Cubs bullpen coach, Chris Young, who tested positive for COVID-19, had gotten the vaccine and was only recently two weeks removed from second shot. Belief is he contracted the virus prior to Sunday. He's showing no symptoms and was diligent with mask-wearing