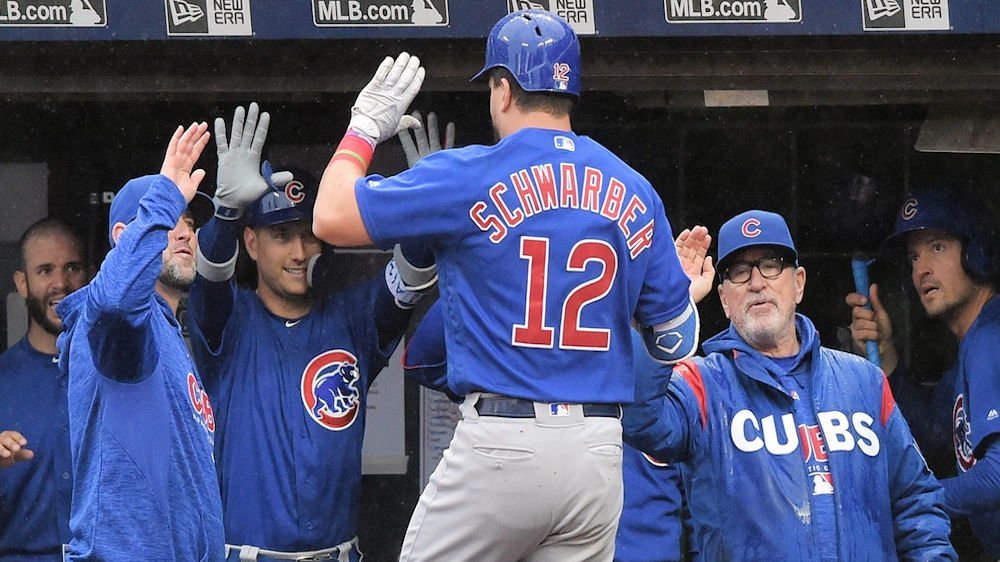 It's the offseason but ESPN has already released their 2019 way-too-early Power Rankings early this week.

The Cubs were listed at No. 8 overall right below the Brewers, National League champions.

"The talent difference between the Brewers and Cubs is minimal, although you can argue the Cubs are still better -- they had a slightly better run differential, and they had more things go "wrong" in 2018, with significant injuries to Yu Darvish and Kris Bryant," ESPN.com said. "Certainly, a healthy and more productive season from Bryant will help rejuvenate an offense that struggled down the stretch. They'll have to make a decision on Addison Russell: Do they try to trade him after his suspension for domestic assault and make Javier Baez the regular shortstop, or give Russell one more chance?"

Three National League Central teams in the top 10 show that it is now one of the most competitive divisions in baseball after many years of the Cardinals' running away with the division in the past.

In case you were wondering, the worst two teams battling it out for the last place in the rankings were No. 29 Marlins and last-place Orioles.