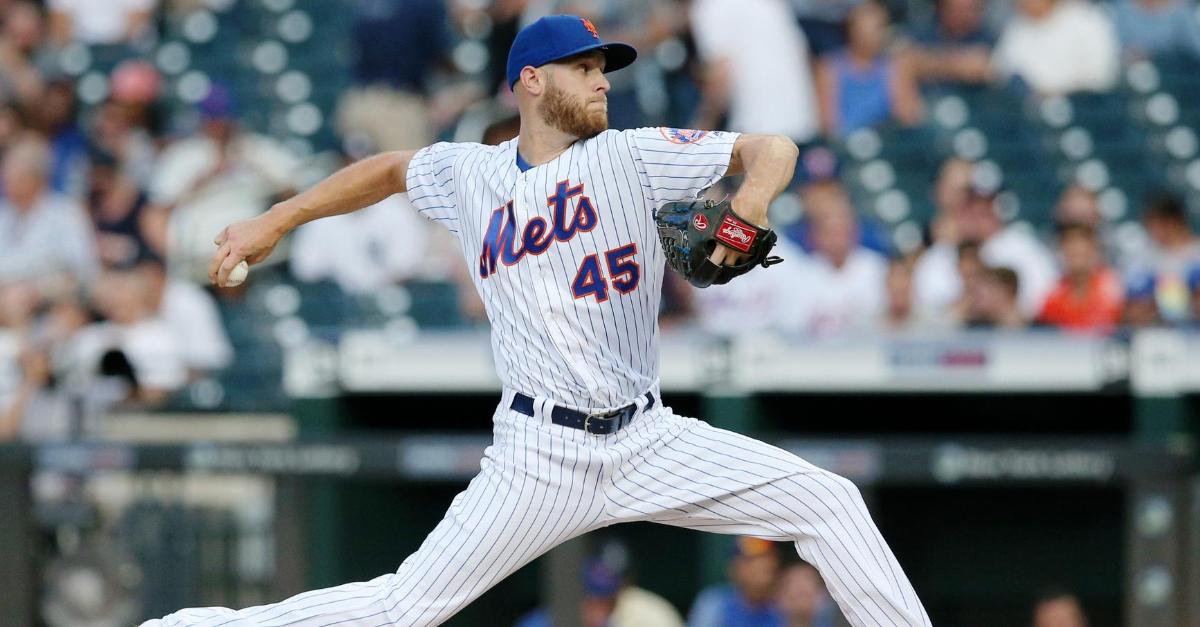 CHICAGO — While the Chicago Cubs' front office will likely prioritize bolstering the Cubs' batting order and bullpen ahead of the trade deadline, there is a chance that president of baseball operations Theo Epstein and general manager Jed Hoyer could look to improve the Cubs' starting rotation. With that being said, SNY beat writer Andy Martino, who covers the New York Mets, reported on Monday that the Cubs could potentially be interested in Mets starter Zack Wheeler.

To be fair, Martino included the Cubs alongside fellow major-market powerhouses in the Atlanta Braves, the Boston Red Sox and the New York Yankees as part of the list of possible Wheeler suitors. Unsurprisingly indicating that four big-money franchises aiming to win a World Series this season could be in the market for an available starting pitcher, Martino did not exactly make a bold claim by linking the Cubs to Wheeler, but he also may be onto something.

Wheeler is a right-hander, and the two righties in the Cubs' current rotation are Yu Darvish, who has struggled off and on throughout the season, and Kyle Hendricks, who recently dealt with a somewhat worrisome shoulder injury. Also of note, the Cubs briefly experimented with a six-man rotation that enabled right-handed prospect Adbert Alzolay to make a couple of starts. Therefore, the Cubs might benefit from adding Wheeler, who is 6-6 with a 4.69 ERA thus far this year.

The 29-year-old Wheeler has been largely overshadowed by Jacob deGrom and Noah Syndergaard in the Mets' rotation since dealing with a slew of injury issues in 2015 and 2016, and he could very well be dealt by a Mets team that is primed to be a seller at the July 31 trade deadline. If the price is right, adding a veteran sixth starter to the mix would not be a bad idea for the Cubs, so the hot stove for Wheeler is something worth keeping an eye on over the course of the next few weeks.