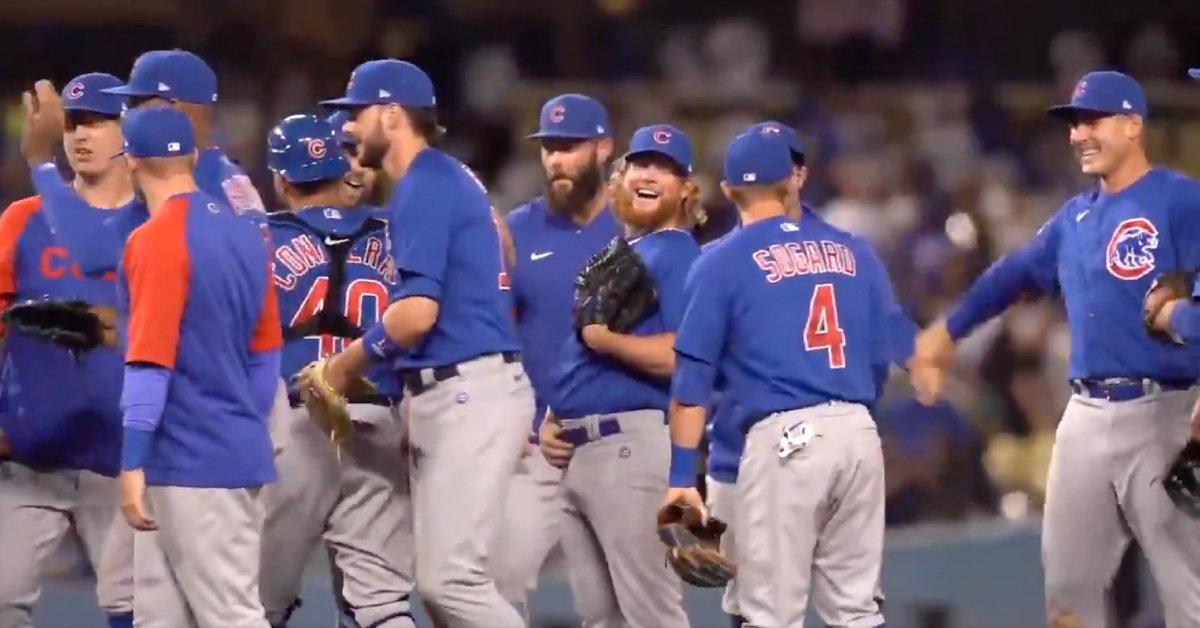 Craig Kimbrel celebrated with his teammates after completing the combined no-hitter in the bottom of the ninth.

LOS ANGELES — Zach Davies started on the mound and tossed six hitless innings before being pulled with 94 pitches under his belt. From there, the three-headed monster of Ryan Tepera, Andrew Chafin and Craig Kimbrel tossed three innings of no-hit ball out of the bullpen, and the Chicago Cubs no-hit the Los Angeles Dodgers at Dodger Stadium on Thursday. The no-hitter served as the 13th no-no to ever take place at Dodger Stadium and the 312th no-no in big league history.

Marking the first combined no-hitter in Cubs history and the 17th overall no-hitter for the franchise, the Cubs' 4-0 shutout win saw the Dodgers draw eight walks while failing to record a hit. The four aforementioned pitchers combined for seven strikeouts and completed the first combined no-hitter in MLB this season. Interestingly, the last no-hitter at Dodger Stadium was Jake Arrieta's 2015 no-no with the Chicago Cubs. Seven no-hitters have already been thrown in the majors this season.

The @Cubs threw the first no-hitter where the opposing lineup had 3 former MVPs (Pujols, Betts, Bellinger).

The Cubs have thrown their first combined no-hitter in franchise history.

The next no-hitter will tie the all-time single-season record of 8 no-hitters, set in 1884. pic.twitter.com/qzoFuUvY7X