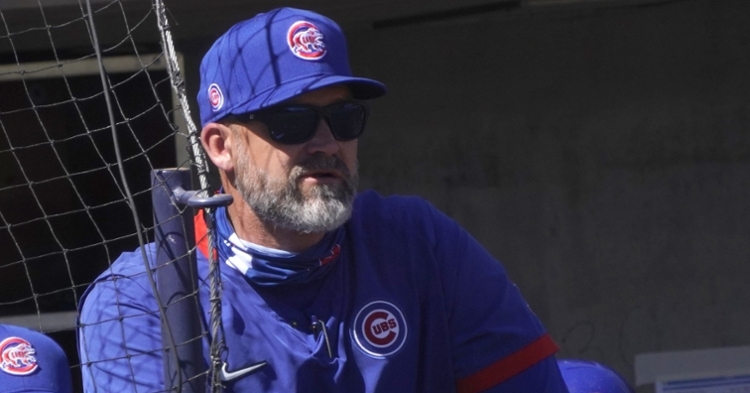 CHICAGO — Chicago Cubs manager David Ross was suspended for Friday's game at Wrigley Field versus the Atlanta Braves. Ross received the suspension as a result of Cubs reliever Ryan Tepera throwing behind Milwaukee Brewers starter Brandon Woodruff in the fifth inning of Tuesday's 3-2 Cubs win at American Family Field in Milwaukee. Tepera threw behind Woodruff in retaliation for catcher Willson Contreras getting hit by a pitch thrown by Woodruff earlier in the game.

Contreras has been hit quite frequently in recent games versus the Brewers, including three HBPs thus far this season. As a result, Ross was indignant when discussing his suspension with the media. Pointing out that the Cubs have led the majors in getting plunked since he took over as manager in 2020, Ross seemed perplex by the suspensions levied against the Cubs. Tepera was suspended for three games but is currently appealing the suspension, and Cubs catching coach Mike Borzello, who also serves as the game-planning coach for the Cubs, was suspended for one game.

Ross on suspensions:
"It's just a little confusing from my seat. ...I voiced my displeasure with the powers that be."
Mentions Cubs lead getting HBPs since he's been around team "and it's not even close."

Suspensions, fines, "make no [bad word] sense to me."

Ross on his and Tepera's suspensions: "I have a hard time understanding it. ... It's out of my control. I voiced my displeasure to the powers that be, and we'll move on."