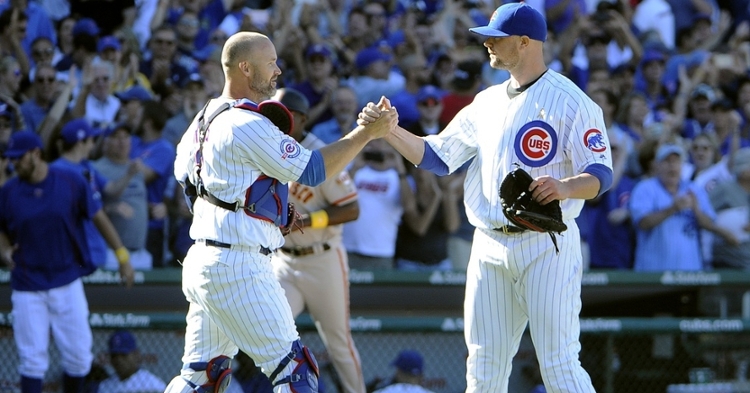 His former batterymate and Cubs manager David Ross was cheering for him and gave him a shout-out on Instagram after the win to congratulate his buddy.

"Felt weird rooting for the Cardinals tonight! Congrats on 200, Lefthander!!"

“I rooted for the red team yesterday and that felt really strange,” Ross said Tuesday to the media. “I’m really happy for Jon. That was special. A lot of the coaches and the group that’s known him and been around here, everybody’s been following his progression to 200.”

Congratulations to Lester from everyone at CubsHQ.com on this tremendous achievement.

Over on IG, Cubs manager David Ross congratulates Jon Lester on win No. 200. Ross remains Lester’s career leader in innings caught (578.2 in regular season) with a 2.75 ERA together. pic.twitter.com/JSrZG8Qou2