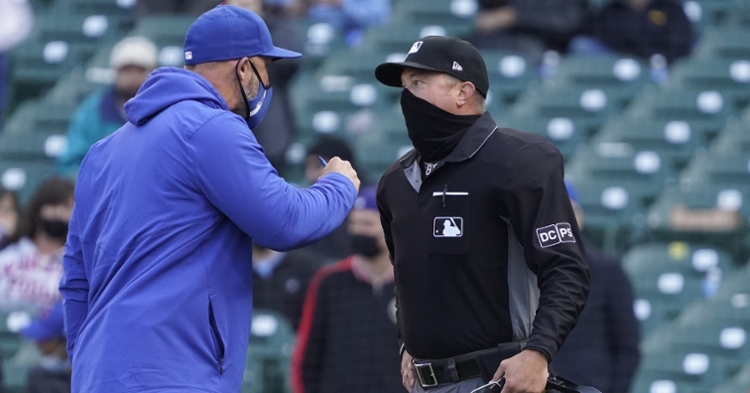 The Chicago Cubs were denied their fifth win in a row as they lost 4-3 to the Milwaukee Brewers on Saturday.

There was some controversy in the ninth inning as Cubs manager David Ross was tossed for arguing with the head umpire on a strike call on a pitch thrown by closer Josh Hader during the beginning of the Jake Marisnick at-bat.

Ross spoke with the media following the game and didn't hold back on his views of the bad strike call.

“I watched Cory (umpire) all day and have a ton of respect for him,” Ross said. “That was a bad call, plain and simple.”

Ross understands that umps make mistakes but that high pitch was not even close.

“Obviously, it's one pitch," Ross said. "But in that moment, that just can't happen, in my opinion.”

Ross obviously believes if Marisnick could work that at-bat starting off at 1-0, the Cubs could have possibly made a rally in the final inning.

The final game of the series will be tomorrow at 1:20 p.m. CDT at Wrigley Field.