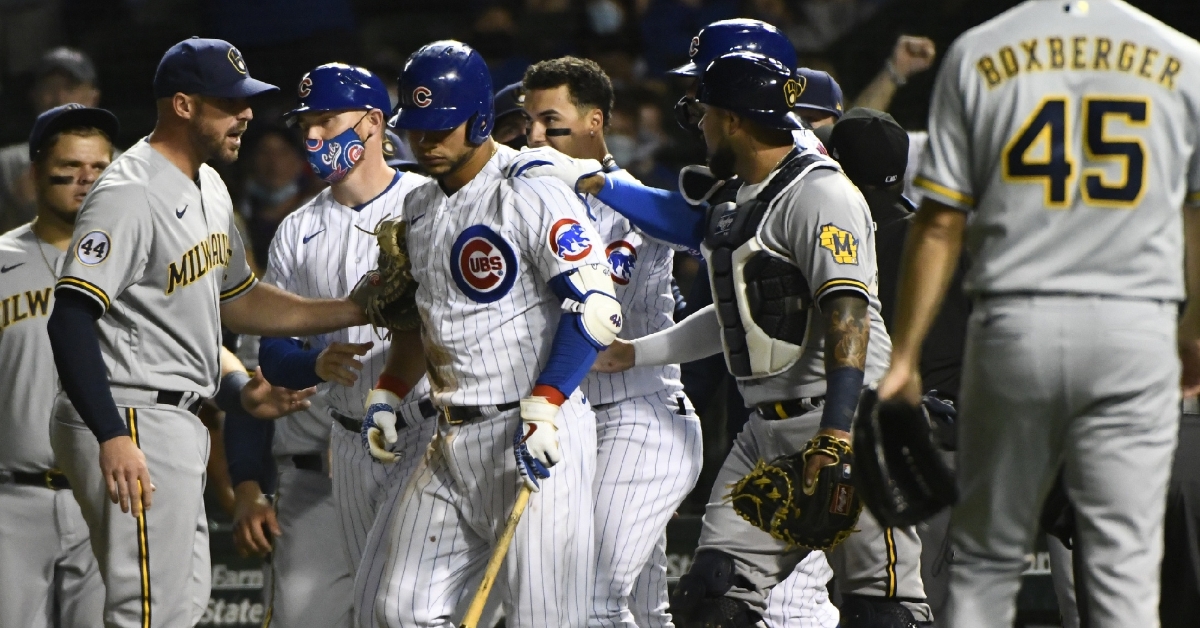 It was an emotional end to Tuesday's Cubs 4-0 loss to the Brewers as Willson Contreras got hit for the second straight night by a pitcher.

The previous time was him being drilled in the helmet by a fastball.

Contreras angrily pointed at the pitcher after being hit in the shoulder by a fastball and had words with the opposing bench as well as the pitcher.

Both benches cleared for a brief moment as they stared at each other but finishing off the ninth inning.

The Cubs catcher has been hit an astounding six times in the last 11 games by the Brew Crew.

Cubs manager David Ross spoke to the media following the game and was asked about Contreras getting beaned again.

Adbert Alzoloy pitched in the loss and was asked if Contreras being hit was intentional.

"I think it was warranted. He's an emotional guy, and I don't know that I would have reacted any different after what's happened and how many times he's been hit by that particular group."

This should get interesting on Thursday to see if there are any fireworks after last night's testy affair.

Travis Shaw said he understands Willson Contreras' frustration about getting HBP again. "He got hit in the head last night, so I understand it." Shaw made clear the #Brewers are not throwing at Contreras, however. Counsell said the teams weren't mad at each other, just Contreras.