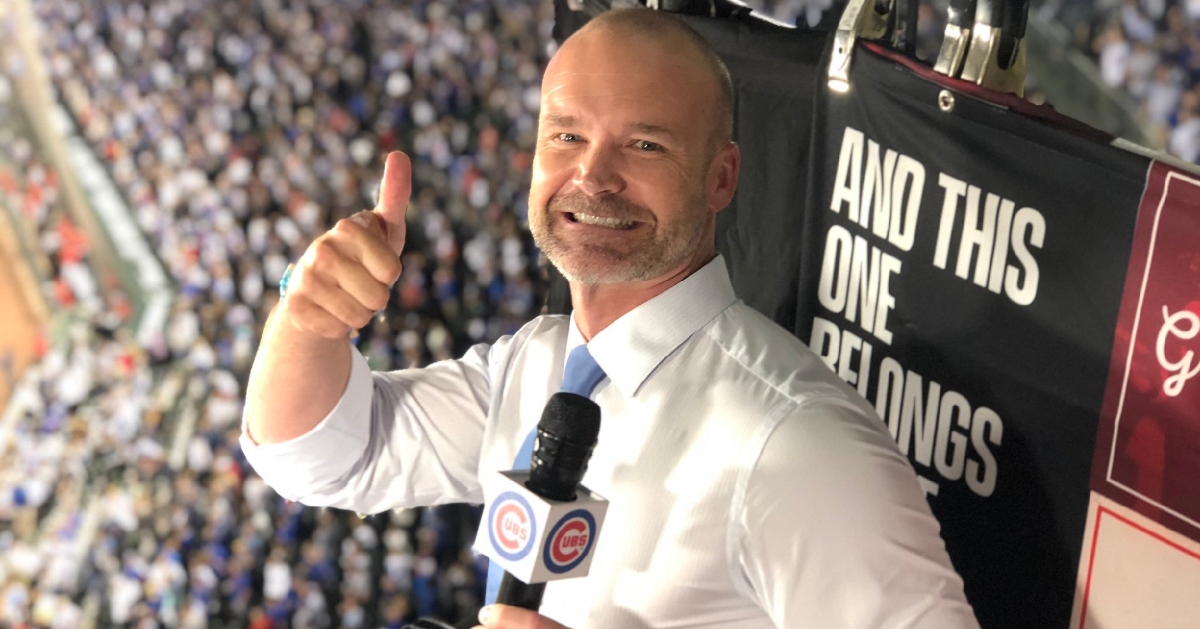 CHICAGO — Chicago Cubs fan favorite David Ross, who was a catcher and team leader for the 2016 Cubs squad that won the World Series, made an appearance at Wrigley Field on Tuesday night. Ross was on hand to broadcast the contest between the Cubs and the Cincinnati Reds, as he is an MLB color commentator for ESPN.

Ross had the honor of singing "Take Me Out to the Ball Game" during the seventh-inning stretch, and he did a fantastic job. The fans at the Friendly Confines gave Ross a rousing ovation before and after he sang, and the former backstop finished off his performance by encouraging his "boys" in the Cubs' dugout to get going, as the Cubs trailed the Reds 4-2 at the time.

VIDEO: Watch the only player in baseball history whose final career hit was in Game 7 of the World Series conduct The Stretch at #WrigleyField. #GrandpaRossy@D_Ross3 @Cubs #GoCubsGo pic.twitter.com/JkupQu4rsZ