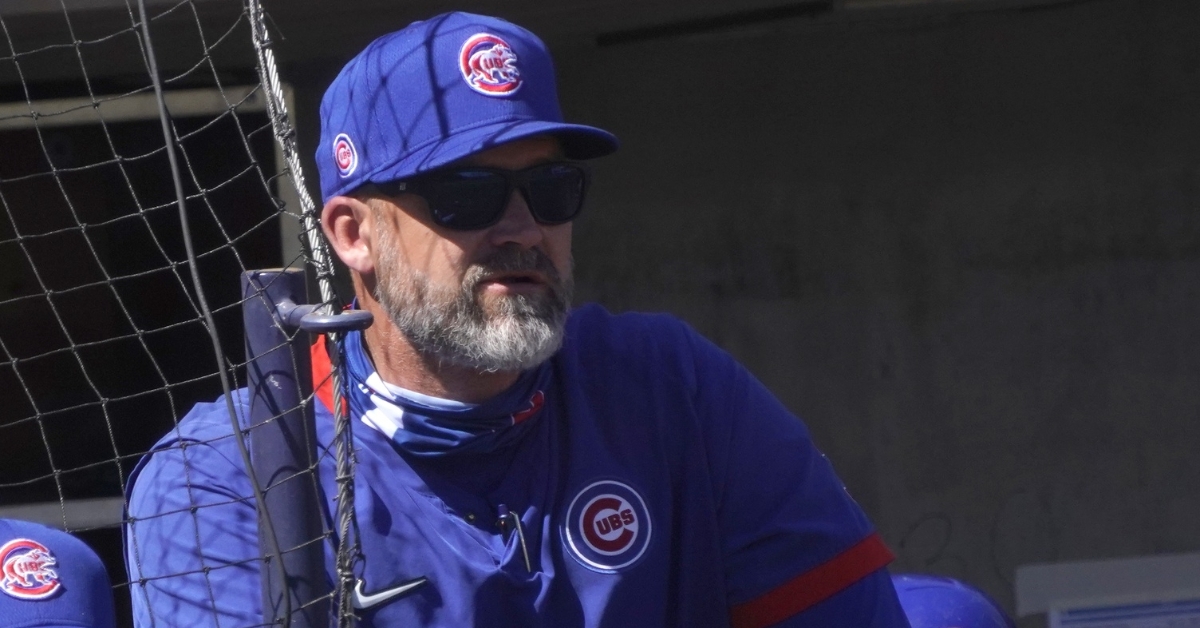 David Ross unwittingly revealed that the Cubs will take part in next season's edition of the Field of Dreams game. (Credit: Rick Scuteri-USA TODAY Sports)

CHICAGO — Chicago Cubs manager David Ross was chatting with the media at Wrigley Field on Wednesday when he unwittingly revealed a juicy tidbit pertaining to the Cubs' 2022 season. Apparently, the Cubs will play in next year's Field of Dreams game.

On Thursday, the Chicago White Sox and New York Yankees will compete in the inaugural Field of Dreams contest in Dyersville, Iowa. Set at the filming location of the classic baseball movie "Field of Dreams," the matchup will feature a scenic background of cornfields as far as the eye can see.

"We're in that next year, right?" Ross asked when the Field of Dreams game was brought up during his press session.

According to onlookers, the Cubs' on-hand media representative's complexion became pale, causing Ross to realize his mistake. No official announcement has been made that the Cubs will be playing in next year's Field of Dreams game, but the team's second-year skipper let the cat out of the bag.

Ross softly banged his head against the dugout wall in recognition of his gaffe. The powers that be within the Cubs organization likely will not care that Ross spilled the beans, but certain MLB bigwigs may not be too pleased that the secret is out. When asked about which team the Cubs might play in the game, Ross claimed not to know. Regardless of the opponent, the special matchup will result in plenty of special memories for Cubs players and fans alike.