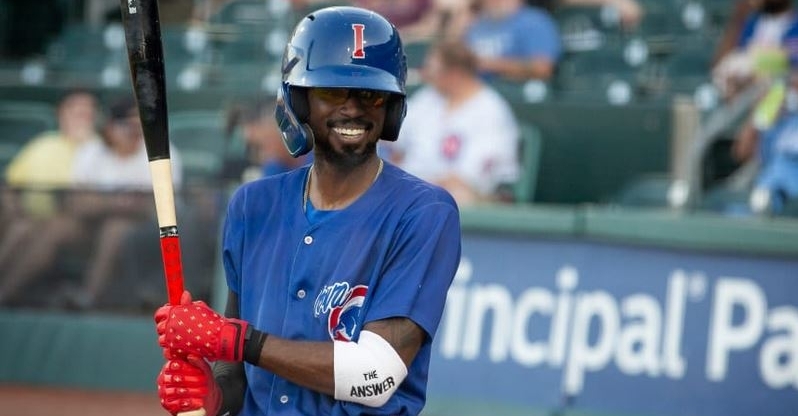 Middle infielder Dee Strange-Gordon saw action in 27 games for the Iowa Cubs before opting out of his contract.

CHICAGO — The Chicago Cubs' short-lived Dee-Strange Gordon experiment ended before it could even begin, as the veteran utility player opted out of his contract with the North Siders and became a free agent on Tuesday. Gordon, 33, signed a minor league deal on May 26 and went on to play in 27 games for the Triple-A Iowa Cubs, finishing with a slash line of .233/.270/.310.

Strange-Gordon, the son of former Cubs reliever Tom Gordon, is a two-time All-Star and former batting champion who previously played for the Los Angeles Dodgers, Miami Marlins and Seattle Mariners. He has won a Gold Glove Award and Silver Slugger Award in his career and also has led the majors in steals three times.

The Cubs opted to bring Strange-Gordon, who was released from minor league deals with the Cincinnati Reds and Milwaukee Brewers earlier in the year, aboard in the wake of starting second baseman Nico Hoerner suffering an injury in late May. However, he was never called up by the Cubs prior to electing free agency on Tuesday. ESPN reporter Jeff Passan tweeted that Strange-Gordon is expected to sign with another organization soon.

Infielder Dee Strange-Gordon opted out of his deal with the Chicago Cubs and is now a free agent, source tells ESPN. He’ll latch on with another team in the coming days.