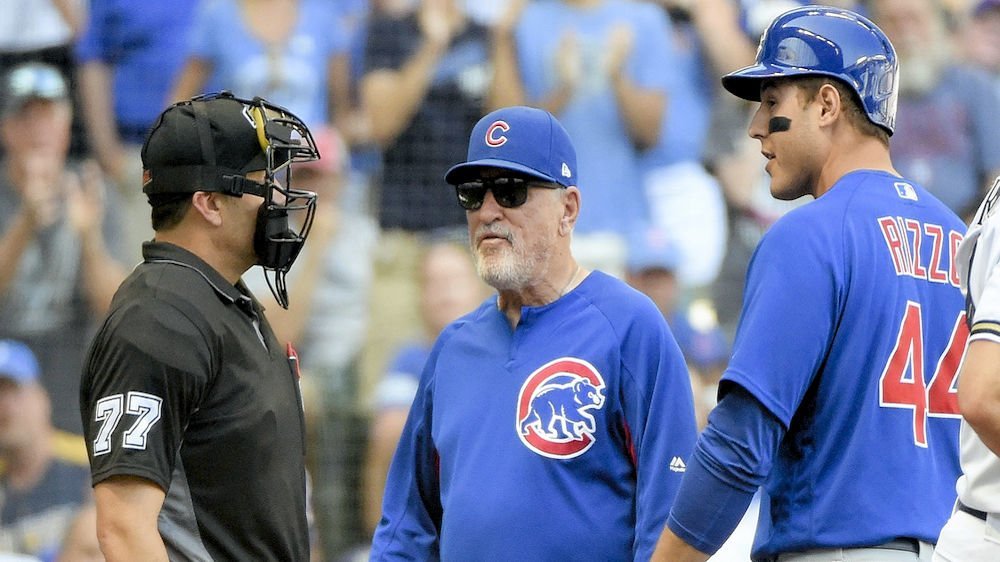 Cubs President of Operations Theo Epstein announced on Monday during day one of GM meetings that the ballclub will not discuss an extension with Joe Maddon this offseason and will talk it following the 2019 season.

"We're not running away from Joe in the least, but given that we all have things we're working on to get more out of this team and to be one game better than we were last year, this is the appropriate move," Epstein said to reporters.

Maddon's contract expires after the 2019 season and his agent Alan Nero said the following recently about his contract situation.

Nero thinks that a deal will eventually get done.

"He’s got a contract for next year. When the time is right, Theo and I will sit down and talk about it."

Maddon’s agent says Maddon isn’t concerned at all about an extension. Just looking forward to next year and things will work themselves out one way or another.