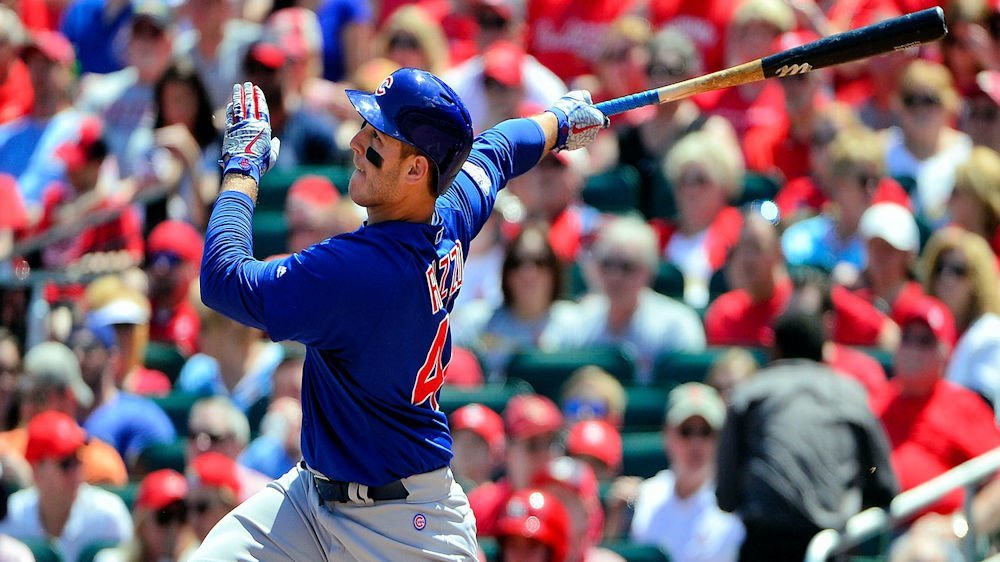 A talented first baseman is a requirement for a team that wants to be an elite team.

ESPN ranked the top first basemen in the majors with Cubs' Anthony Rizzo No. 3 in his position behind only Paul Goldschmidt and Freddie Freeman.

"After four straight seasons with 31 or 32 homers and OPS figures ranging between .899 and .913, Rizzo fell short in 2018," ESPN.com said. "He still hit .283 with 25 homers, 101 RBIs and an .846 OPS while winning his second Gold Glove. (He tied with Freeman in the voting.) If you judge players by their worst seasons, then that's pretty good. The overall numbers are also a hair misleading in that they were dragged down by a dreadful start. Rizzo hit just .149 during April with a single home run, but he rebounded to hit .303 with a .905 OPS the rest of the way. Rizzo's isolated power numbers were down a bit, but he made contact more consistently. Everything looks like a go as Rizzo looks to propel the Cubs on another postseason run."