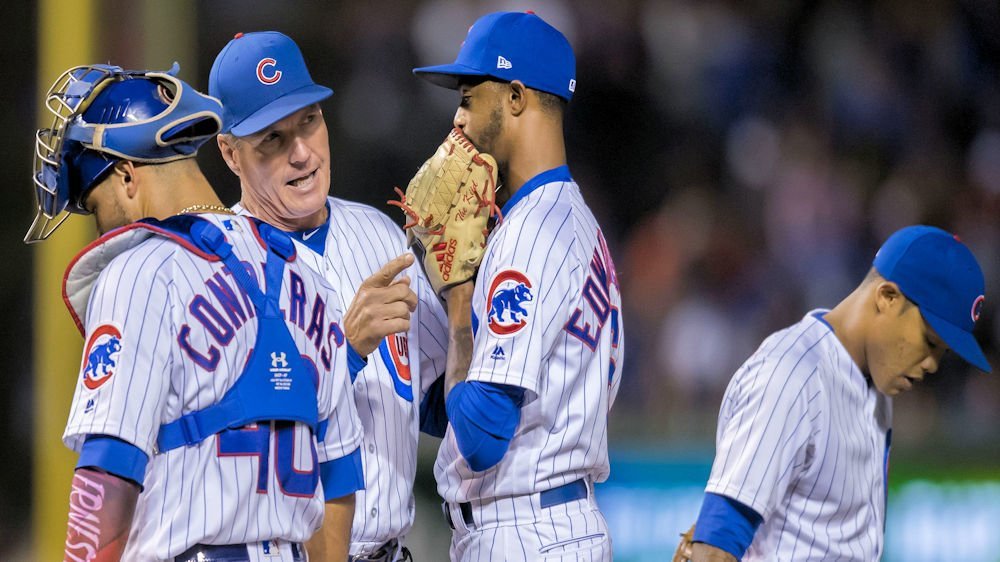 It appears that the Chicago Cubs are still contemplating more moves within their coaching ranks.

ESPN insider Jesse Rogers reported the following on Tuesday night about the team.

"Cubs not ready to announce their entire coaching staff," he posted. "Even admit it's later than usual for that to be up in the air. Still have to hire an asst hitting coach and we don't have complete confirmation that Jim Hickey is back. We'll see."

Rogers took the news a big step forward on ESPN 1000 with David Kaplan on Wednesday when he said that Hickey will not return to the Cubs.

"As of last night, I'm pretty sure Jim Hickey is not back," he said. "This is an amazing turn of events. They will be firing the hitting and pitching coach in back-to-back years. Just crazy. I don't believe Jim Hickey is back. I'm pretty much reporting that at this moment and it will be interesting who replaces him."

The Cubs have not confirmed this but were silent on Hickey's job status Tuesday when Jed Hoyer spoke with the media. We will update you when we get more information on this ongoing story.

If this is true, that would mean that the Cubs will be having three different pitching coaches in just the last three years.

"I'm pretty sure Jim Hickey is not back...I don't believe Jim Hickey is back. I'm pretty much reporting that at this moment."#Cubs would have 3 different hitting & pitching coaches in 3 years if Hickey is fired pic.twitter.com/MbDZruknkw