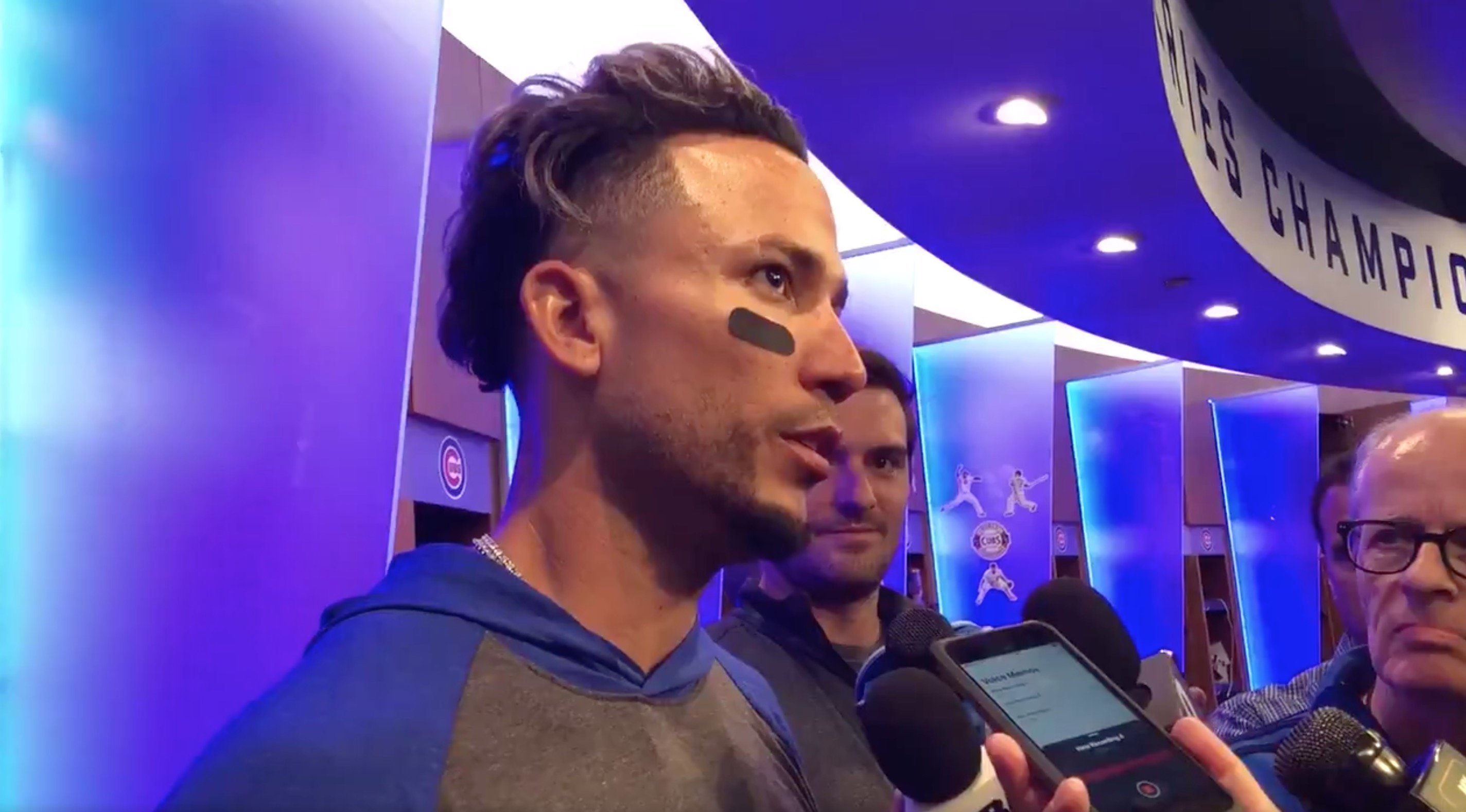 Carlos Gonzalez had a successful first game in a Chicago Cubs uniform on Monday. Starting in right field for the Cubs as they battled the Los Angeles Angels at Wrigley Field, Gonzalez, who was called up from the minors earlier in the day after signing with the Cubs last week, went 1-for-3 with one walk at the plate.

"It was better than I expected," Gonzalez told reporters in his postgame media session. "Just being able to wear this uniform and be on the Cubs' side is great."

"CarGo" shined the brightest on defense in the 8-1 Cubs win, as he came through with what might have been the most impressive catch made by any Cub thus far this season. Hustling toward the wall and laying out for a catch that led to him sliding through the warning-track dirt, Gonzalez robbed the Angels' Jonathan Lucroy of a hit in the top of the seventh, which incited a deafening roar from the awestruck Cubs fans in attendance.

"The energy that these fans bring every day is tremendous," Gonzalez said of his newfound supporters. "I'm looking forward to more days like this, and, obviously, getting the win helps."

As fate would have it, the Cubs are about to begin a 3-game series at home against the Colorado Rockies, which is the club that Gonzalez played 10 seasons for from 2009 to 2018. A former standout for the Rockies, Gonzalez was asked about what it would be like to compete against the team that he was a member of for a decade.

"At the end of the day, I'm going to have to work," Gonzalez said of the upcoming Cubs-Rockies series. " I'm just excited. I'm looking forward to seeing my old friends."

Gonzalez departed the Rockies in the offseason and inked a contract with the Cleveland Indians during spring training. The late start to the season likely contributed to the slow start that Gonzalez experienced at the plate. After batting just .210 in eight weeks with the Indians, Gonzalez was released on May 22 and joined the Cubs organization on May 30.

Interestingly enough, Gonzalez was a member of the Rockies team that defeated the Cubs in the National League Wild Card Game this past October, and, after joining the Cubs, he candidly remarked to the media that he and his Colorado teammates could tell that the Cubs were "limping" into the postseason before the do-or-die game. Now that Gonzalez has switched sides, he recognizes that it will be a little strange to suit up against his former Colorado compatriots but understands that he will have to look beyond that and give it his all when playing against them.

"We still have communication," Gonzalez said when asked about his Rockies pals. "We still talk about life and about the game. But, tomorrow, we're going to be on a different side. So they're going to do their thing, and I'm going to do my thing."

CarGo doesn’t know what how he’ll feel when he plays against them. pic.twitter.com/PL67e2hHAI