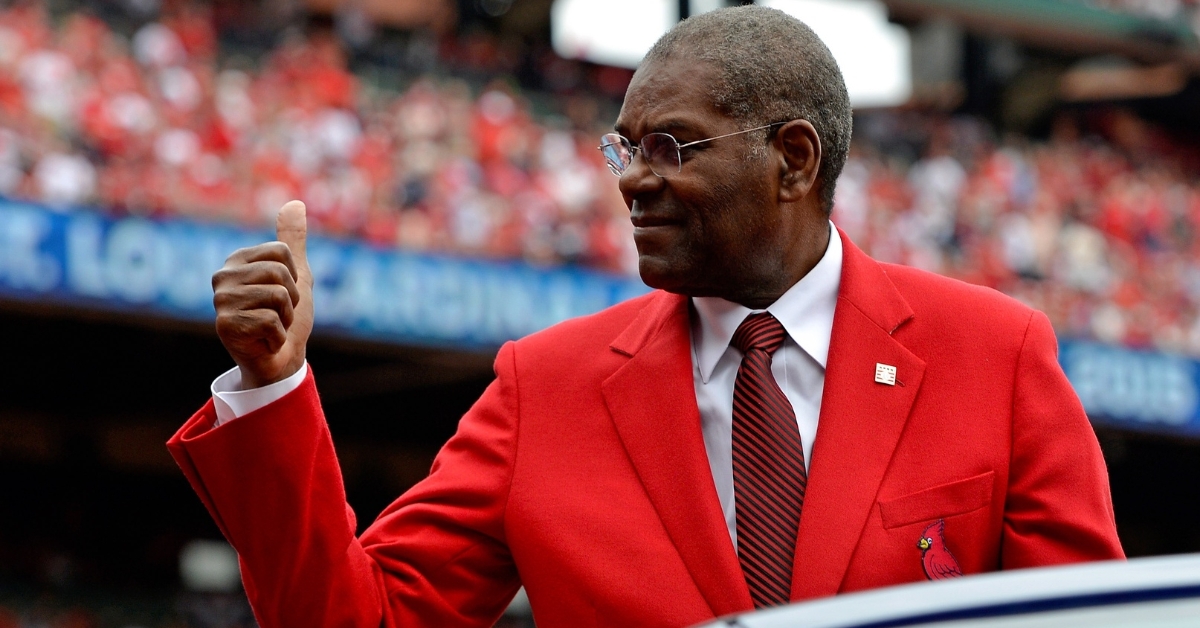 The ever-growing list of sad news in the year 2020 grew a little longer when former St. Louis Cardinals starting pitcher Bob Gibson's passing was made public on Friday night. Gibson, a nine-time All-Star, pitched his entire major league career, which spanned 1959-75, with the Cardinals and is widely regarded as one of the best right-handed pitchers of all time.

Gibson was diagnosed with pancreatic cancer in July 2019, and his cancer battle reached its conclusion on Friday, with the man affectionately known as "Hoot" dying at age 84. As fate would have it, the Cardinals' 2020 season ended via a loss in the winner-take-all Game 3 of their Wild Card Series not long before the Gibson news broke. Gibson's death occurred less than a month after Lou Brock, a fellow Cardinals legend, passed away at age 81 and a little over a month after Tom Seaver, a fellow Hall of Fame righty, passed away at age 75.

A first-ballot Hall of Famer in 1981, Gibson won two World Series (1964, 1967) with the Redbirds and was named World Series MVP both times. He also earned a pair of Cy Young Awards (1968, 1970) during his illustrious pitching career and threw a no-hitter in 1971. Known for his tenacious pitching style, Gibson amassed 251 wins and 3,117 strikeouts in his career and finished with a career ERA of 2.91.

Bob Gibson quite literally changed the game of baseball.

He was a fierce competitor and beloved by Cardinal Nation.

We will miss him dearly.

We mourn the passing of Bob Gibson, a Hall of Famer and two-time World Series champion. He was 84. https://t.co/E1DZgr7GtL pic.twitter.com/N4edJmbje3

I just got the horrible news of the passing of my dear friend Bob Gibson. My thoughts and prayers are with Wendy and the Gibson Family. A huge loss for the entire @MLB and @Cardinals family. Will miss you Bob. pic.twitter.com/NI1r0IpfvD