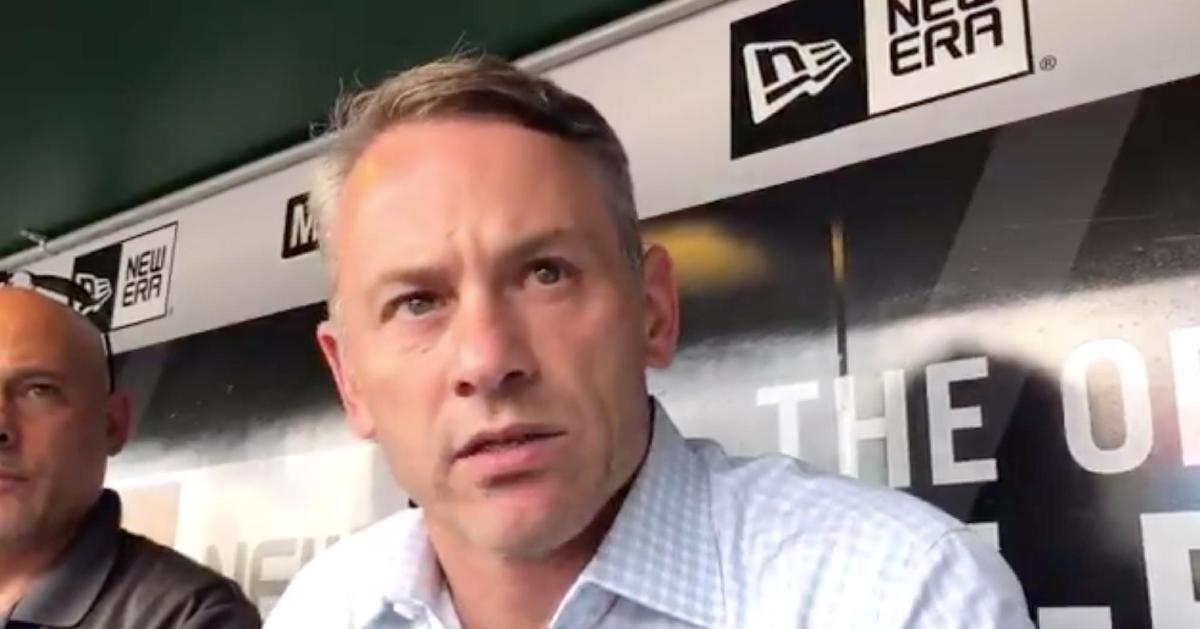 On Friday, Chicago Cubs general manager Jed Hoyer spoke with reporters about a variety of topics, including walking his dog.

PITTSBURGH — Chicago Cubs general manager Jed Hoyer chatted with the media at PNC Park on Friday before the Cubs battled the Pittsburgh Pirates. Hoyer discussed many items on the Cubs' agenda, including swapping Albert Almora Jr. out for Addison Russell, injury updates for a couple of players and the Cubs' recent road woes.

One interesting tidbit from the discussion was Hoyer revealing that he takes his dog for a walk after difficult losses, and he told reporters that he walked his dog after the Cubs' disheartening walkoff loss to the Philadelphia Phillies on Thursday. While speaking on the Cubs' shoddy play away from home, Hoyer stated that it does not feel like the Cubs should be at or near the top of the divisional standings, meaning that the Cubs should appreciate being in the running for the National League Central pennant.

Cubs GM Jed Hoyer, after last night's crushing loss: "I take my dog for a walk after a handful of games each year. That was one of them."

Hoyer: “We’re unbelievably fortunate to be in this position right now. We're in first place. We don’t deserve to be based on how we’ve played.”

Additionally, Hoyer discussed Almora being sent down to the minors to make room for Russell, who was called up from the minors. As for Almora, Hoyer said that he would not have had as many opportunities against left-handed starting pitching in the coming weeks, meaning that he could work on improving his hitting against right-handers with the Triple-A Iowa Cubs prior to the big-league roster expanding at the beginning of September.

Also of note, Hoyer shared injury news for reliever Steve Cishek and second baseman Daniel Descalso, who are both on the injured list. Cishek has been battling hip inflammation and is expected to be activated off the injured list at some point next week. Hoyer told reporters that Cishek would throw a bullpen session on Saturday and stated that Descalso, who is dealing with an ankle injury, would begin a rehab assignment with Iowa on Saturday.