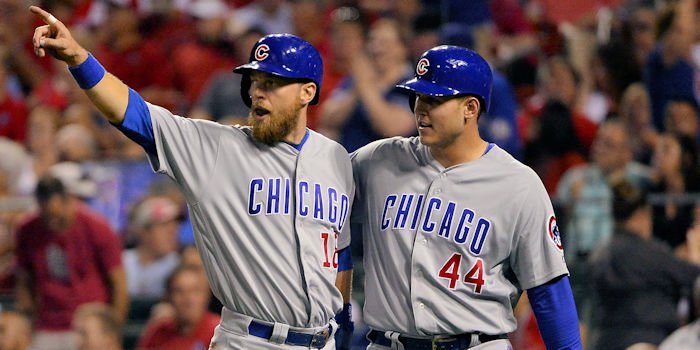 The Zo watch continues as veteran Ben Zobrist is still under leave for personal reasons involving his divorce from his wife Julianna.

Cubs general manager Jed Hoyer spoke with 670 The Score on Thursday morning and said that the club wants Zobrist to be with his family at this time.

He needs the time right now to be with his kids and his family," Hoyer said. "It’s not really on our timetable. We’re in communication with him. Obviously, we support him, but as far as a sense of timing, we don’t have that at this point. And I do feel like it’s a hard one. Because with a player on the injured list, you have a sense of what’s going on. In this situation, we’re just being respectful of Ben and we just want the best for him and his kids. Hopefully, he can come back and help us. But I think we just have to give him his time and talk to him when he wants to talk and just be there for him."

"I wouldn't want to say that," Jed Hoyer says. "At this point, there's nothing definitive at all."

Some fans and media have alluded to the fact that the Cubs might be trying to save money on Zobrist's contract by him not playing and using the money towards their bullpen issues.

"I don't think people should connect those issues," he said.