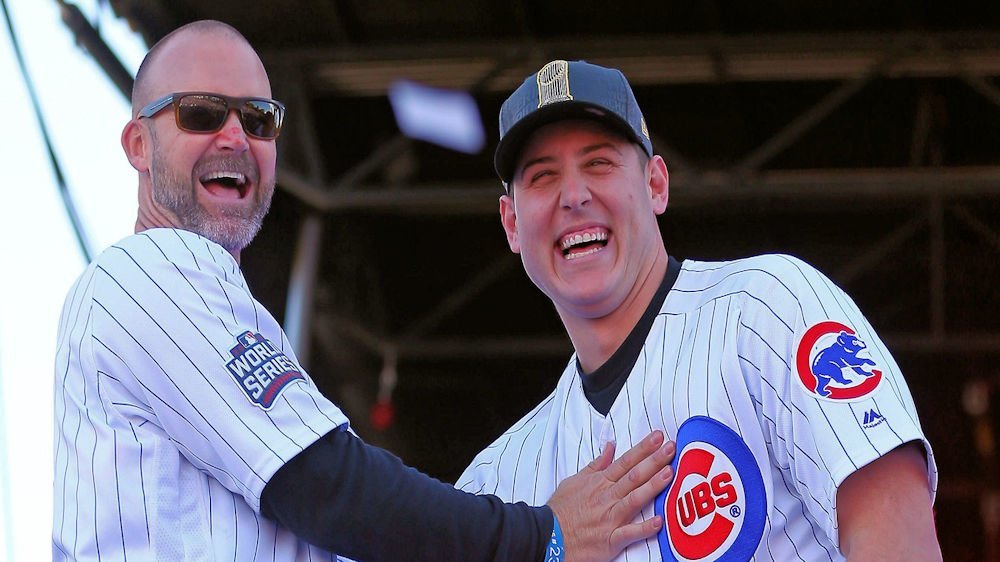 Good news for fans of Grandpa Rossy AKA David Ross.

It appears that the Cubs want him around more to mentor some of their younger players and possibly regain some of that magic from the historic 2016 season.

Cubs general manager Jed Hoyer spoke to the media Monday and said that management has talked with Ross about having a more defined role with the team in 2019.

"David Ross's mere presence was helpful to the club," Hoyer said via 670 The Score. "I think the guys trust him. The timing of David Ross being on the team was perfect. Our young guys were 21 and 22 years old. He had a strong influence on them. So when he is around, they gravitate towards him. We could not hire anyone from the outside that good (with) that kind of influence. Having him around is really valuable. I think he will have a big impact."