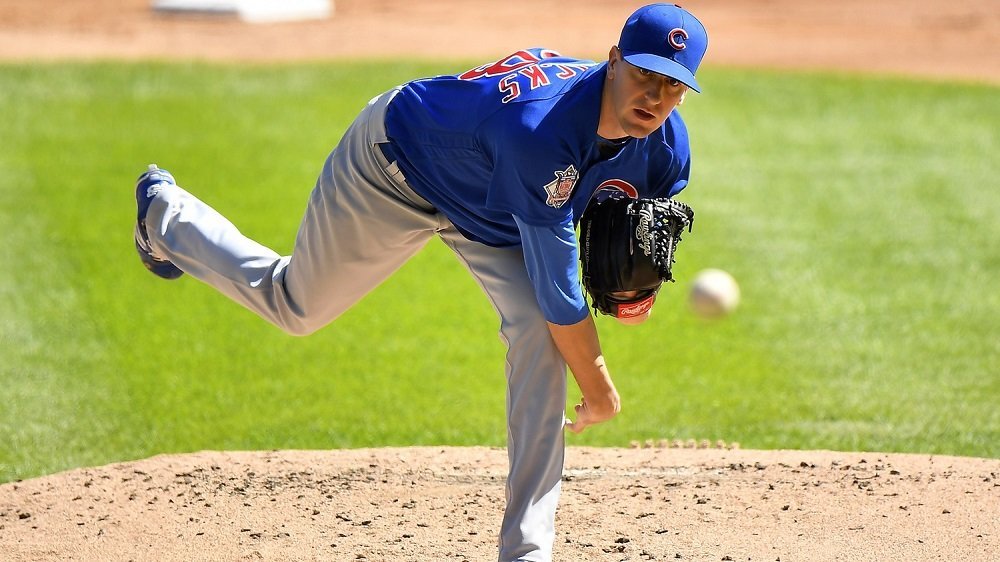 MESA – The Chicago Cubs and right-handed pitcher Kyle Hendricks have agreed to terms on a four-year contract extension covering the 2020-2023 seasons. The deal includes a club/vesting option for the 2024 campaign. Terms of the contract were not disclosed.

Hendricks, 29, has gone 52-33 with a 3.07 ERA (269 ER/789.0 IP) in 133 appearances (132 starts) covering the last five seasons since breaking into the big leagues with the Cubs in 2014. His 3.07 ERA is the fifth-lowest mark of any active pitcher with at least 100 career starts. Hendricks became the first Cub to lead the majors in ERA since 1938 when his 2.13 mark in 2016 helped garner a third-place finish for the N.L. Cy Young Award, a season in which he started and won the clinching game for Chicago’s first N.L. pennant since 1945 and started the decisive Game 7 of the World Series that saw the Cubs win their first title since 1908.

Hendricks was originally selected by the Texas Rangers in the eighth round of the 2011 Draft out of Dartmouth College.

The #Cubs and RHP Kyle Hendricks have agreed to terms on a four-year contract extension covering the 2020-2023 seasons.

Theo on Hendricks deal: "We’ll continue to quietly get things done with guys and hopefully we can. But this wasn’t done in any way to put pressure on guys. There’s a lot of time left before we have to make some critical decisions."