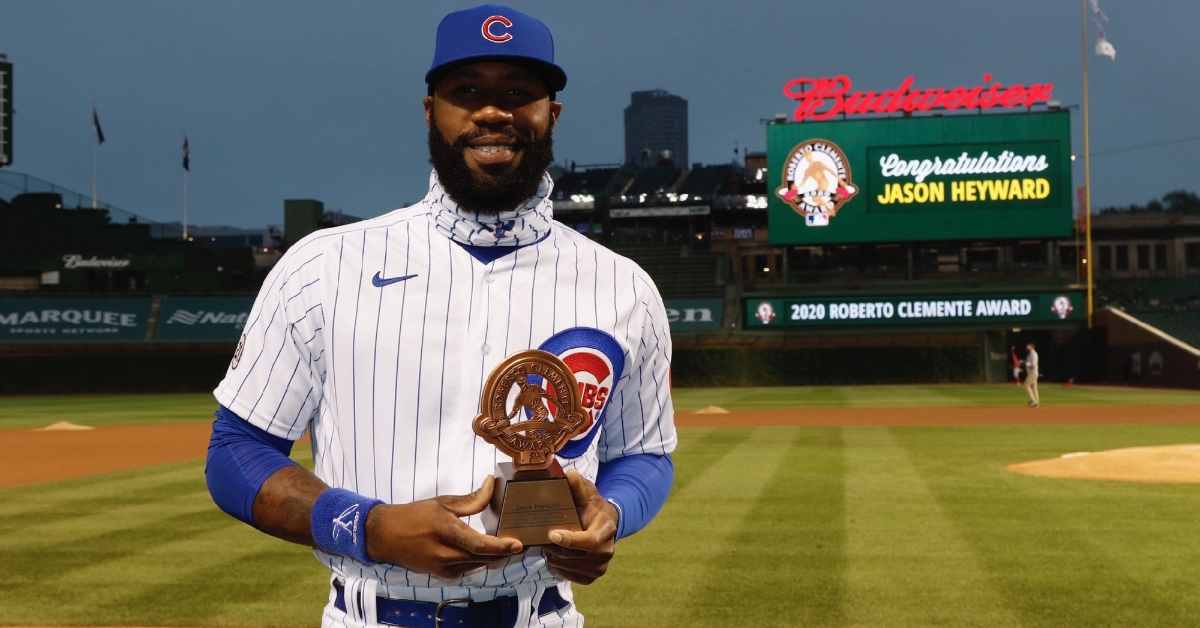 Heyward, who wore Clemente's No. 21 jersey in honor of the special occasion on Wednesday, was recently selected as the Cubs' Roberto Clemente Award nominee. Therefore, the plaque he received was in honor being chosen as the franchise representative and thus being a finalist for MLB's 2020 Roberto Clemente Award, which will be handed out later this year.

A respected teammate and player on the diamond. A generous humanitarian off the field.

The Roberto Clemente Award is presented each season to a major leaguer who "best exemplifies the game of baseball, sportsmanship, community involvement and the individual's contribution to his team." Heyward certainly fits the billing of a deserving recipient of the award, as he is very active in the Chicago community with his charitable pursuits.

Read an excerpt from the Cubs' announcement of Heyward's nomination below:

"Since joining the Cubs, Jason Heyward has contributed more than $95,000 to fellow Cubs player foundations and community efforts, demonstrating his commitment to his teammates. In addition, he has donated to multiple community organizations that work with youth and families in under-resourced communities in Chicago. One organization that he has worked closely with is Future Ties, a nonprofit on the South Side of Chicago which supports low-income families through summer and after-school programs and helps parents build life skills, escape domestic violence and mentor young people in the community. Most recently, when the COVID-19 pandemic disproportionately impacted low-income communities in Chicago, Jason contributed $300,000 to nonprofit organizations that were addressing the severe inequities across Chicago."