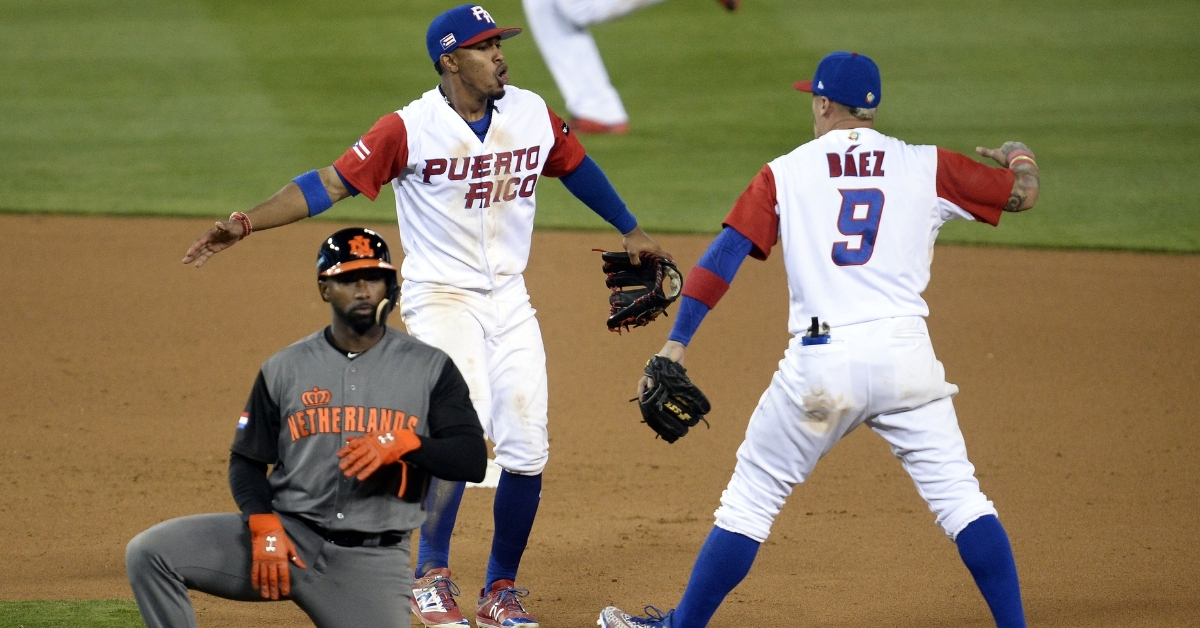 CHICAGO — A recent Spanish-language radio interview that Chicago Cubs shortstop Javier Baez took part in went viral on Wednesday because of Baez's comments regarding his desire to play with New York Mets shortstop Francisco Lindor. Talking with Mega 106.9 FM, Baez was rather candid when asked about his free agency plans.

"If I go to free agency, I would like to play with Francisco Lindor," Baez said. "I loved playing with him in the World Baseball Classic. It is the only option I would take to play second base if it is to play with him. Otherwise, I will stay playing at shortstop."

Surprisingly transparent about his willingness to join the Mets when he becomes a free agent following the 2021 season, Baez did not seem too interested in discussing the possibility of inking a new contract with the Cubs as a free agent. Instead, in a moment of candor, Baez talked about his desire to team up with his longtime pal — and fellow Puerto Rican middle infielder — Lindor.

Baez's comments may have also been a power play of sorts, as there has been speculation that Baez and the Cubs' front office have been working toward a possible contract extension before the trade deadline. According to MLB insider Jon Heyman, "El Mago" is seeking a contract in the range of $200 million, which Cubs president of baseball operations Jed Hoyer might not be willing to dole out.

If the two sides are unable to reach an agreement, Baez will apparently turn his attention to joining a promising Mets squad and returning to second base, which he played earlier in his Cubs tenure, to form a formidable double play duo with Lindor. Baez's comments might have fueled Hoyer's willingness to trade Baez at the deadline, as it would be better to receive something in return for him than let him walk away in the offseason. Only time will tell.