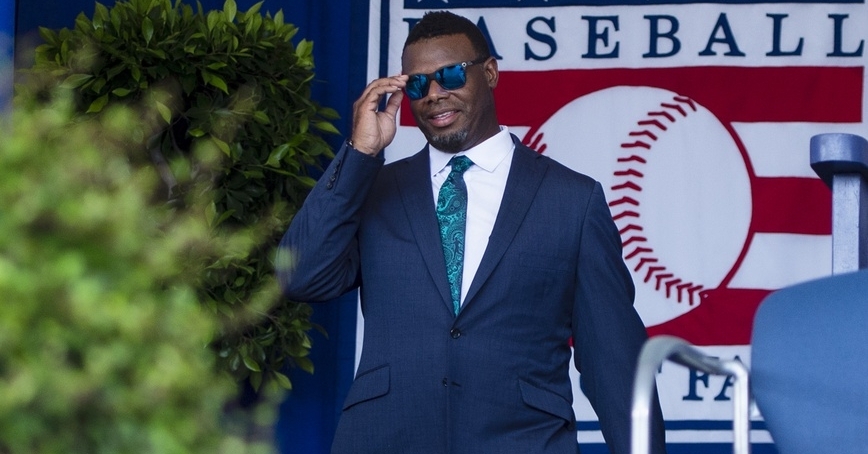 Commissioner of Baseball Robert D. Manfred, Jr. announced today that Major League Baseball has named Hall of Famer Ken Griffey Jr. as Senior Advisor to the Commissioner. Griffey will consult with MLB on a number of issues, with a special emphasis on baseball operations and youth baseball development, particularly regarding improving diversity at amateur levels of the game. Griffey also will serve as an MLB ambassador at youth baseball initiatives and at its special events, such as the All-Star Game and during the Postseason.

Commissioner Manfred said: “We are thrilled that Ken will represent Major League Baseball on some of our sport’s most important stages, alongside our current and future stars. We welcome the perspective and insights that Ken gained as an historic player, as a parent, and as someone who has spent his life in and around our great game.”

Griffey said: “I am humbled to be asked to work with Major League Baseball in this role. It will be an honor to represent the best sport in the world and to promote our game among today’s youth.”

In 2007, Commissioner Allan H. (Bud) Selig expanded Griffey’s idea to wear number 42 on Jackie Robinson Day to allow on-field personnel throughout Major League Baseball to wear Jackie’s number as part of the festivities, a tradition that has continued annually since then. In 2011, MLB presented the Commissioner’s Historic Achievement Award to Griffey, marking only the 12th time ever that the honor has been bestowed on a figure in the game. Griffey was elected to the National Baseball Hall of Fame in 2016 after being named on 99.3% of the ballots, a record at the time. Since 2016, Griffey has served as a youth ambassador for both MLB and the MLB Players Association on their joint baseball development initiatives.

"I'm trying to get kids to play baseball. I think it's the greatest sport in the world and I want more kids to play."

Hall of Famer Ken Griffey Jr. joined us on #MLBNHotStove to discuss his new role with @MLB as Senior Advisor to the Commissioner. pic.twitter.com/K6F4GKBf3l

Hall of Famer Ken Griffey Jr. has been named Senior Advisor to the Commissioner. He will consult with @MLB on a number of issues, with special emphasis on baseball operations & youth baseball development, and will serve as an ambassador at youth initiatives & at special events. pic.twitter.com/NoooGJTd7L