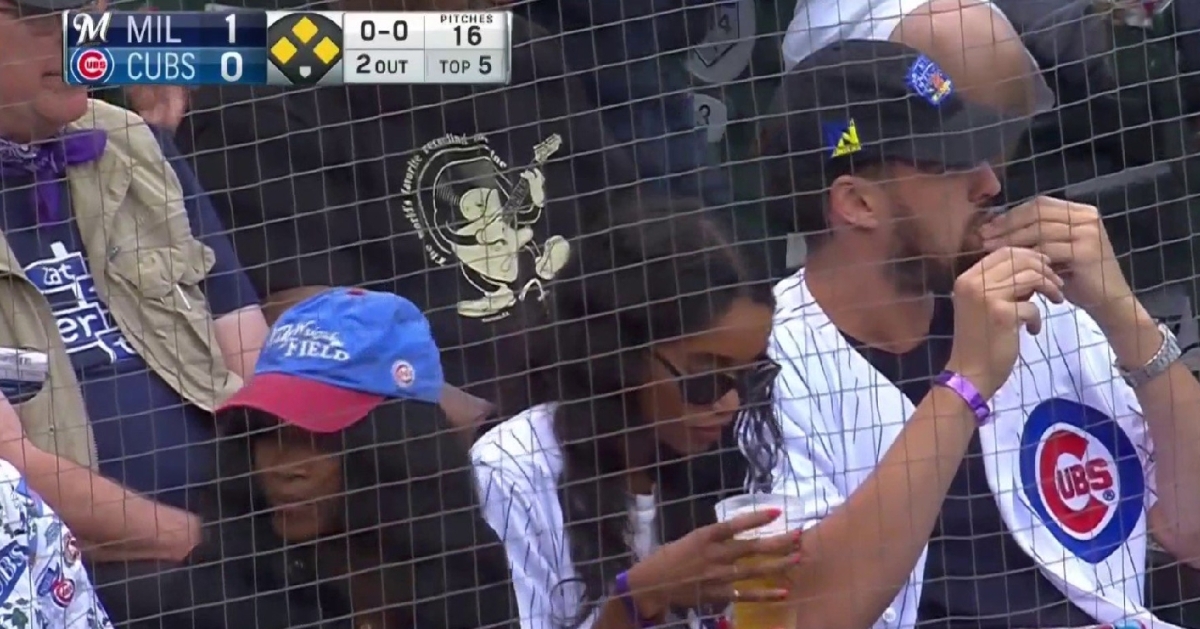 CHICAGO — Sharp-shooting Golden State Warriors guard Klay Thompson attended Sunday's game at Wrigley Field between the Chicago Cubs and the Milwaukee Brewers. With front-row seats near home plate, Thompson, who is currently rehabbing from a torn ACL, had a great view of the action, and he took in the ballgame while wearing a Cubs jersey.

Klay's younger brother, Trayce, is a professional baseball player and currently an MLB free agent. However, Trayce has never played in the Cubs organization, and Klay, a California native, does not have any known Chicago connections. Regardless, Thompson showed off his Cubs pride on Sunday and even appeared to heckle a player for the opposing team.

With star Brewers slugger Christian Yelich at the dish, Thompson was captured on camera with his hands cupped around his mouth and seemingly barking something at Yelich. Furthermore, Thompson enjoyed the ballpark tradition of snacking on shelled peanuts and appeared to have a great time at the Friendly Confines.