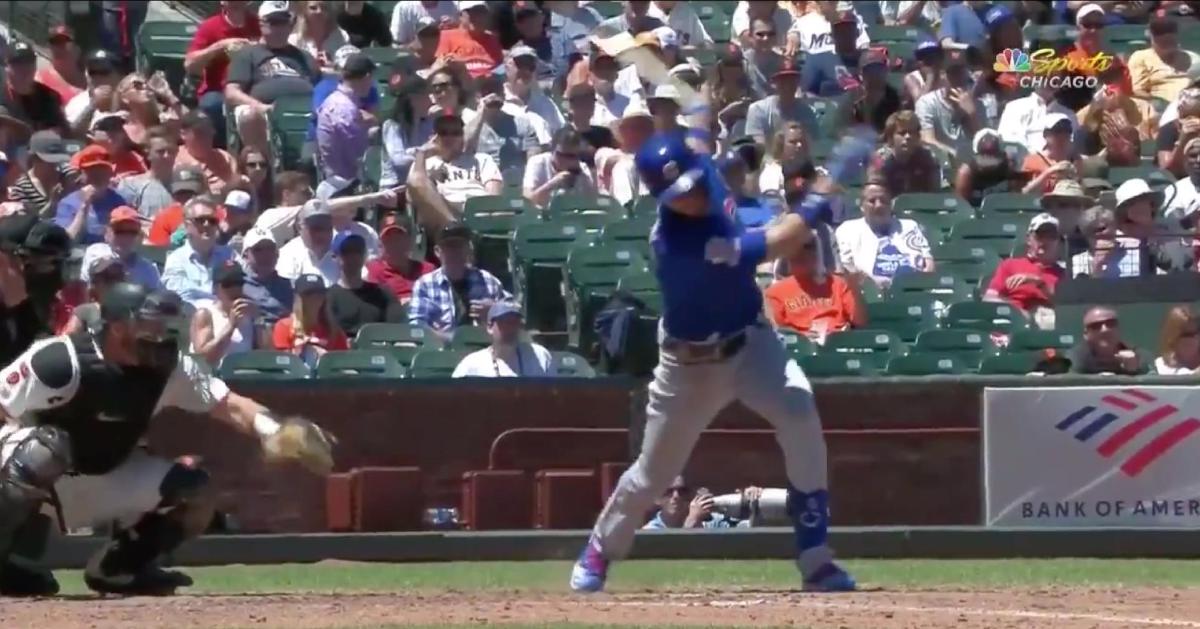 Chicago Cubs third baseman Kris Bryant appeared to hurt himself when swinging and missing at a changeup.

SAN FRANCISCO — Chicago Cubs third baseman Kris Bryant appeared to wince in pain after swinging and missing at strike three in his fifth-inning at-bat on Wednesday. Bryant was subsequently removed from the contest between the Cubs and the San Francisco Giants.

Bryant struck out swinging on an eighth-pitch changeup in the top of the fifth at Oracle Park. The television broadcast of the game captured Bryant grimacing as he walked back to the dugout, and, between innings, David Bote was inserted into the game in place of Bryant. Soon afterward, the Cubs released an update revealing that Bryant exited the contest due to soreness in his right knee.

More coming on this... but it appears Kris Bryant was wincing after this last swing pic.twitter.com/wKAxmHecmy