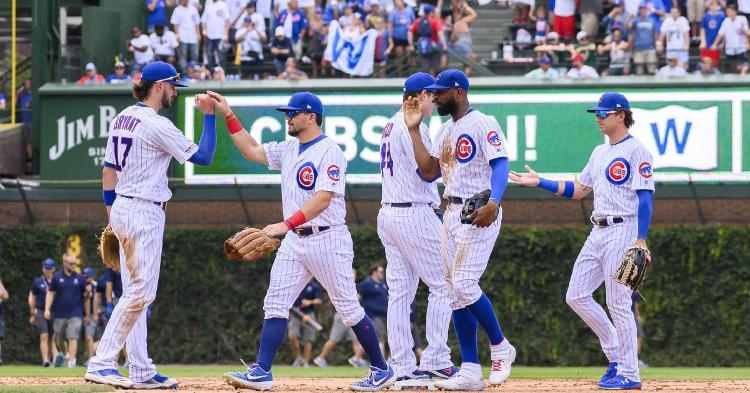 CHICAGO – Fans will welcome back Cubs players, coaches and alumni at the 35th Annual Cubs Convention next week, January 17-19, at the Sheraton Grand Chicago. The 2020 Cubs Convention will include autograph opportunities, player and alumni appearances, live tapings, kid-friendly activities and more during the three-day event.

Cubs Convention kicks off Friday, January 17, at 6 p.m. CST, with the Opening Ceremony featuring player introductions and more. Following, guests will find some of their favorite Cubs alumni and future stars conducting surprise autograph signings. The event’s first day concludes with the Off the Mound with Ryan Dempster show, presented by Budweiser, a late night-style talk show featuring baseball tales, lively interviews and comedy sketches from Cubs players and executives.

Sunday’s program features additional autograph sessions and two panels including Sunday Stories and Down on the Farm.

In addition to the sessions highlighted above, this year’s Convention includes several new activities for fans to enjoy throughout the weekend:

New this year at the Loews Chicago Hotel, the Cubs will host a live audience for the tapings of several new videos for the Cubs YouTube channel, including a special edition of “Bae vs. Ballplayer” presented by Garrett Popcorn Shops.

Fans can jump behind the anchor desk to produce their own Cubs highlight reel at the Marquee Sports Network Studio Experience. Fans who participate will receive a downloadable copy of their highlight reel to share on social media for the chance to win fun prizes.

Cubs fans can vote on their favorite designs for the Wintrust Crosstown Series Cup, which will be redesigned and unveiled ahead of the start of the Cubs-White Sox series July 7-8. Post-Convention, the designs also will be available for fans to vote on at www.wintrust.com through the end of March.

Clark’s Clubhouse will be open Saturday and Sunday only and will feature a giant coloring wall, mystery temporary tattoos, face painting, balloon artists, a prize wheel and a build your own Chicago Dog station presented by Vienna Beef.

Convention attendees can win big while giving back to the Chicago community through the Cubs Charities 50/50 Raffle program, available for purchase Friday and Saturday only. Fans can purchase 50/50 Raffle tickets online or from a uniformed Cubs Charities ambassador during Convention. The winning ticket number will be drawn at 7 p.m. CST Saturday, January 18, and will be posted online at www.cubs.com/raffle. The winner will receive half of the net proceeds from Cubs Convention’s raffle ticket sales and the other half will benefit Cubs Charities. Fans purchasing online need to be located within the state of Illinois.

For more information and for a list of confirmed players, coaches and alumni, please visit www.cubs.com/convention. A percentage of the proceeds from Cubs Convention passes benefits Cubs Charities.

Cubs sent out a release on the convention coming up. Looks like all of the regulars with the exception of Jon Lester will be there...

#CubsCon press release includes no mention of a Ricketts Family panel, which had been a mainstay at the Convention until last year. If they do not have that panel again this year, that would be very disappointing.