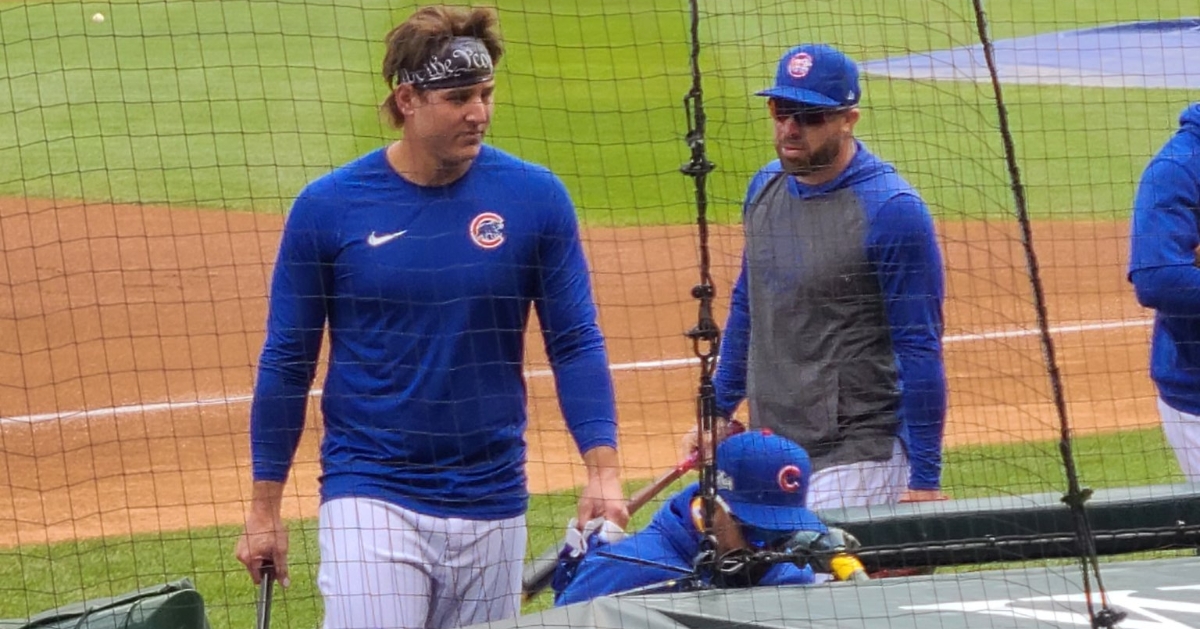 Rocking straight locks, Anthony Rizzo changed his hairstyle prior to Game 2 against the Marlins. (Credit: @EliseMenaker on Twitter)

CHICAGO — An unfortunate ramification from Thursday's game between the Chicago Cubs and the Miami Marlins being postponed is that Cubs first baseman Anthony Rizzo did not get to show off his newly straightened hair. Whether it was an attempt to change the mojo for a struggling Cubs offense or prevent the humidity from making his naturally curly hair frizzy, the decision by Rizzo to straighten his hair remains inexplicable.

On an overcast morning at Wrigley Field, Rizzo showed up for batting practice with straightened locks, but baseball's equivalent to "all dolled up and nowhere to go" happened when Game 2 of the Wild Card Series was postponed. "Big Rizz" went 0-for-4 in the Cubs' 5-1 loss to the Marlins in Game 1 on Wednesday, so adopting a new look might give Rizzo renewed confidence at the plate in the Cubs' must-win contest on Friday.

Thought that was Anthony Rizzo for a sec. pic.twitter.com/dwpjMM9qEM

High socks? Gold chains? How about straight hair for Rizzo in Game 2? pic.twitter.com/4hc09ct747