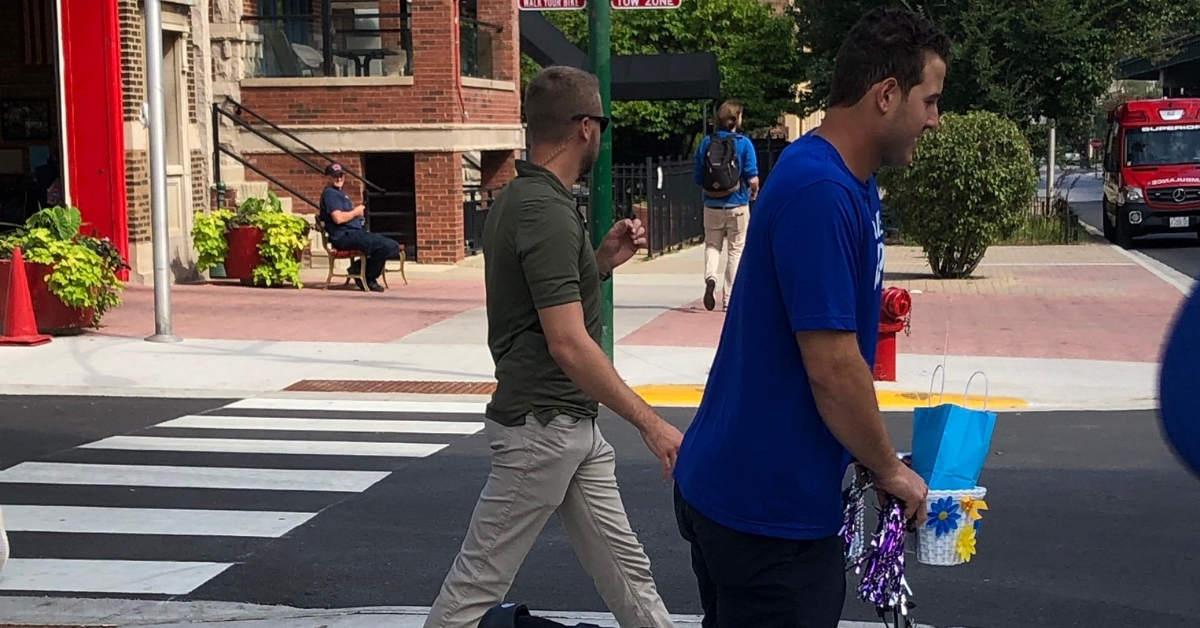 Immune to embarrassment, Anthony Rizzo happily decked out his knee scooter with accessories befitting of a little girl's bicycle. (Credit: @SFritz730 on Twitter)

CHICAGO — Chicago Cubs first baseman Anthony Rizzo is currently dealing with a severe ankle sprain that has resulted in him having to wear a boot on his right foot for 5-7 days. The boot requires Rizzo to move via a scooter, on which he rests his right knee while scooting around, and Rizzo went to great length to ensure that his scooter is no ordinary scooter.

Although having to rely on the scooter is assuredly a major pain for Rizzo, the fun-loving ballplayer is making the best out of the tough situation. In typical Rizzo fashion, the scooter has been tricked out with a basket adorned with floral designs, colorful streamers on the handlebars and an obnoxious horn. Leave it to "Big Rizz," who seems to be incapable of feeling embarrassment, to accessorize his knee scooter like a little girl's bicycle.

Rizzo's knee scooter that he's using was all decked out in post game. Once we wrapped up talking to Castellanos, we heard a honking noise. Rizzo scooted by with streamers and a basket full of goodies on the scooter