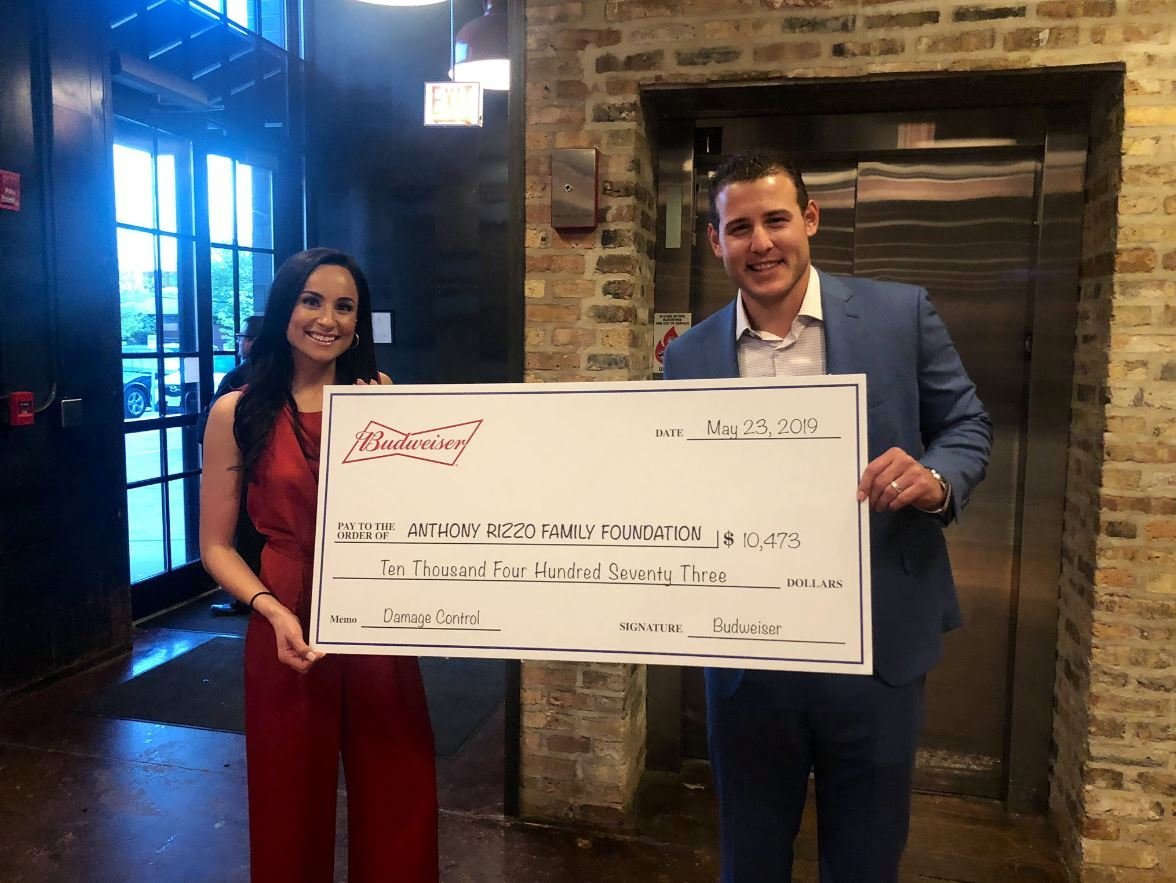 Anthony Rizzo and his wife, Emily, posed with the super-sized check made out for Budweiser's generous donation.

An act of unintentional vandalism turned into a charitable donation and a public-relations boost for all involved parties when Chicago Cubs first baseman Anthony Rizzo smashed a towering home run that sailed directly into the iconic Budweiser sign atop the Wrigley Field videoboard. Unfortunately, the "d" in the neon sign that spells out "Budweiser" was damaged by the blast, resulting in $10,473 worth of damage.

Of course, that is chump change for a corporation like Budweiser, so the beer company jokingly billed Rizzo the invoice that was shared on the Cubs' social media accounts. As fate would have it, the very next night after he damaged the sign, Rizzo, who is a cancer survivor, hosted the seventh annual Cook-Off for Cancer that is put on by Rizzo's charity, the Anthony Rizzo Family Foundation.

A home run turns into an invoice.

An invoice turns into a donation.

Budweiser used that as an opportunity to make a fitting donation that played into the invoice gag. Harry Caray's favorite beer manufacturer generously donated $10,473 to bring the invoice joke full circle and bring a heartwarming close to a comical series of events. A giant check was made out for the donation, with "Damage Control" hilariously listed in the memo section. Overall, the cook-off, which was held in Chicago, drew a large, supportive crowd and raised a record-breaking $1.8 million to support cancer patients and their families.

Great food. Even better cause.

Tonight’s Cook-Off for Cancer raised a record-breaking $1.8M for cancer patients and their families. #TeamRizzo pic.twitter.com/kjnnseJTMU