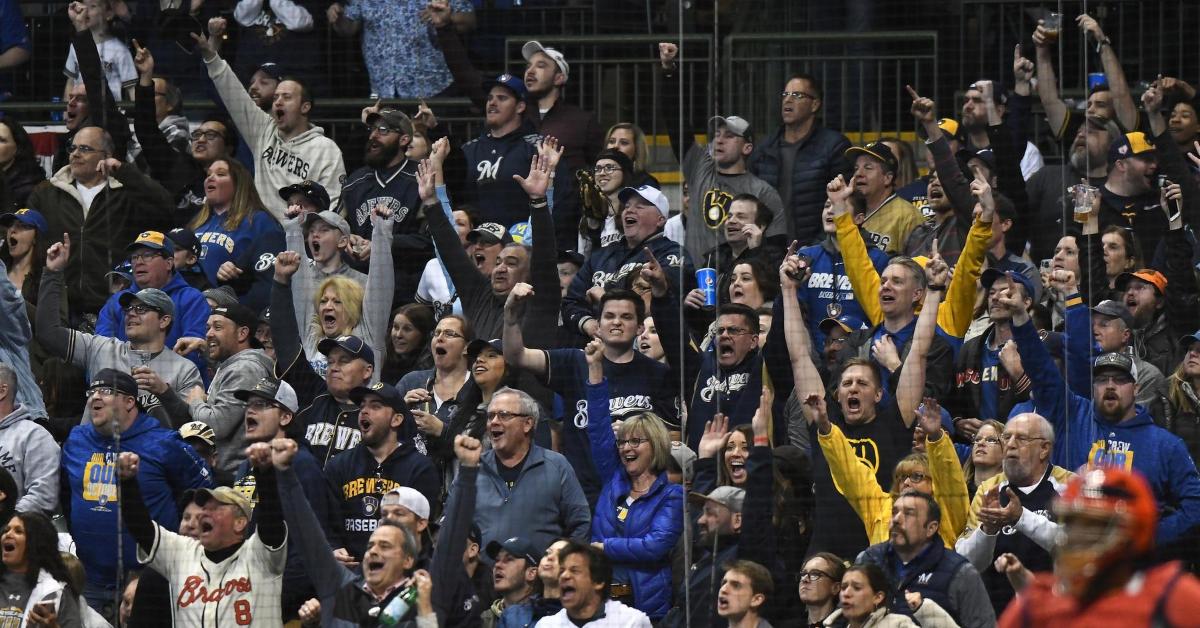 Fans in one section of Miller Park were treated to a rather disgusting sight. (Credit: Michael McLoone-USA TODAY Sports)

MILWAUKEE — Chicago Cubs fans are known for inundating Miller Park when the Cubs travel north to take on the Milwaukee Brewers, and, if a Brewers fan in attendance at Miller Park on Sunday is any indication, it is probably a good thing that Brewers fans are not known to travel south for games at Wrigley Field. During the Brewers' 7-5 win over the Cincinnati Reds, a Brewers supporter donned a garment that made for a horrendous sight.

Wearing nothing but a Speedo that was patterned after denim, as if to resemble jeans without pant legs, the unruly fan was caught on camera standing up and flashing his crack for all of the fine folks sitting in his section of the bleachers to see. The discourteous man assuredly entered the game sporting additional layers of clothing and stripped down once at his seat. Baseball games are supposed to be family events, but, apparently, this weirdo did not get that memo.