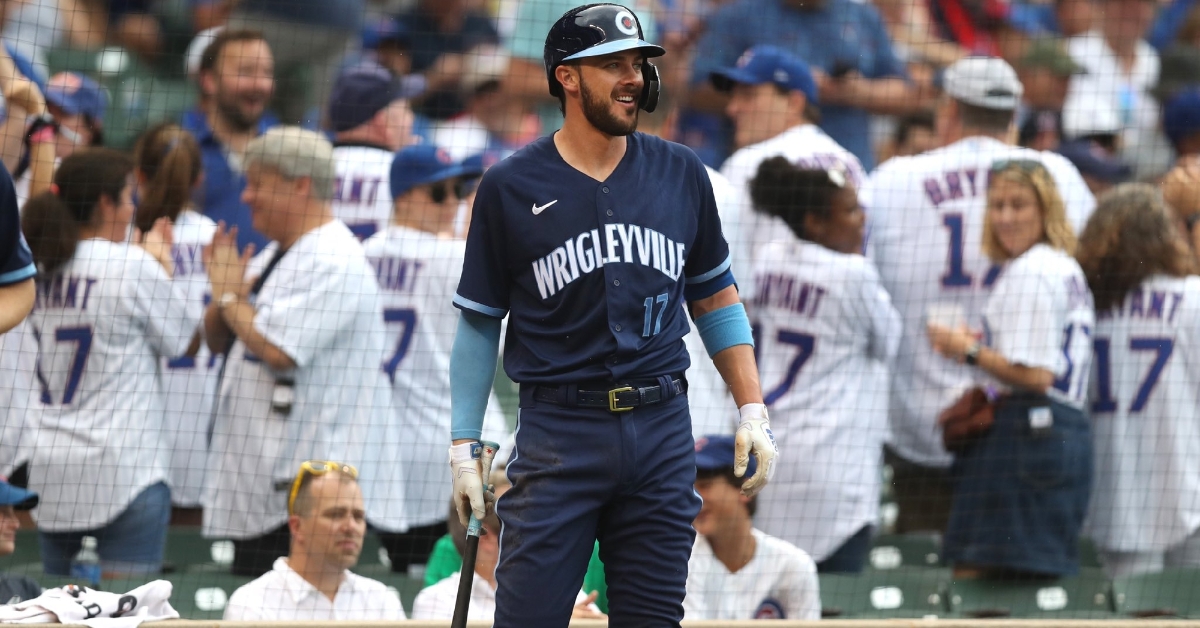 CHICAGO — Although it may be hard to believe, Kris Bryant's days in a Chicago Cubs uniform are likely numbered. The star third baseman and former MVP is arguably the biggest name currently on the trading block, and an assemblage of Cubs fans showed their support and appreciation for all that he has done for the club by wearing his jersey on Saturday.

Chicago Tribune reporter Paul Sullivan tweeted about a devoted Bryant supporter handing out 40 Bryant jerseys to fans in attendance at Wrigley Field on Friday. In addition to witnessing the Cubs defeat the Arizona Diamondbacks 8-3, the fans were able to express their adoration for Bryant, who started in left field, by wearing his jersey.

Included in Sullivan's tweet is a picture taken by Chicago Tribune photographer Chris Sweda that shows Bryant donning an alternate uniform while the fans behind him are sporting No. 17 home Cubs jerseys emblazoned with Bryant's surname. Presumably, the fans are not too pleased about the Cubs' front office shopping Bryant. Unfortunately for them, the writing is on the wall for the North Siders to part ways with Bryant, an impending free agent, in the coming days.

Fan hands out 40 Kris Bryant jerseys to show support and send Ricketts a message in what may be Bryant’s final days as a Cub. Great photo from Wrigley Field by our @chris_sweda pic.twitter.com/OmM1QHfjQB