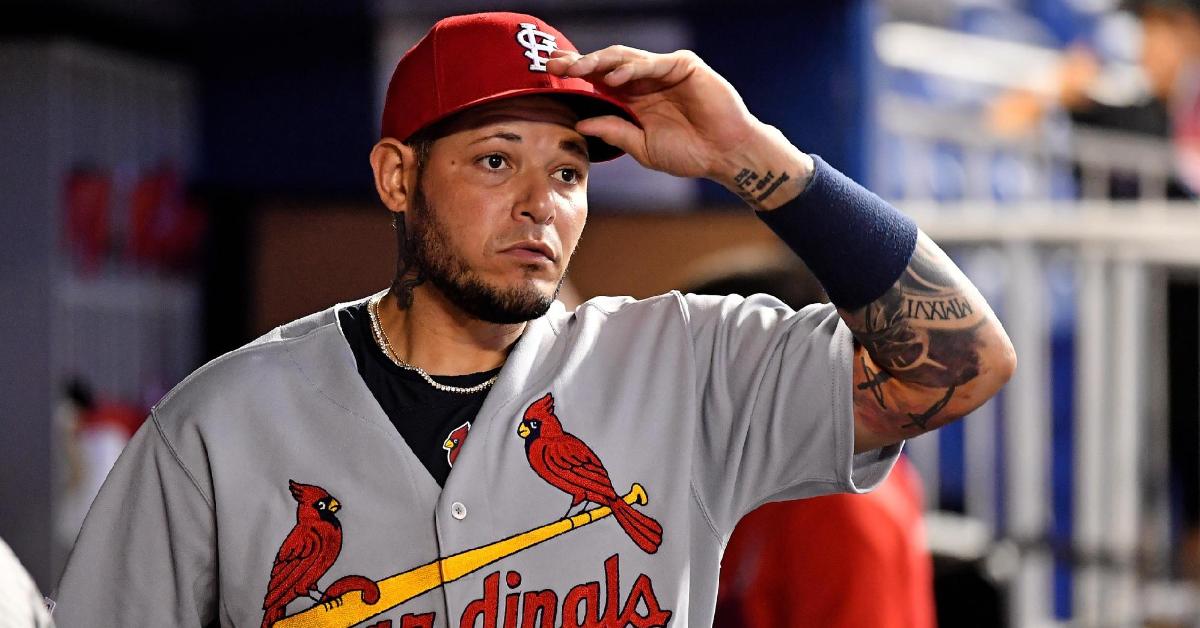 Yadier Molina stood up for a fellow catcher and shot down the Astros players who disagreed with him. (Credit: Jasen Vinlove-USA TODAY Sports)

Los Angeles Angels catcher Jonathan Lucroy was carted off the field yesterday after Houston Astros outfielder Jake Marisnick left his feet and made contact with Lucroy on a play at the plate. Marisnick went out of his way to carry out a forearm shiver into Lucroy's head, which violated the home-plate collision rule. Lucroy was hospitalized due to his head injury, and Marisnick could potentially be suspended.

Lucroy is a former Milwaukee Brewers catcher. However, an old rivalry did not stop St. Louis Cardinals catcher Yadier Molina, who regularly competed against Lucroy when the two backstops were in the National League Central together, from defending a fellow catcher. Posting a screenshot of the controversial play at the plate on Instagram, Molina encouraged MLB to take action against Marisnick and called out Marisnick for not sliding.

Several Astros, including star players Carlos Correa and Justin Verlander, commented on the post, defending Marisnick, and Molina proceeded to put them on blast. Molina even seemed to threaten Correa, who, like "Yadi," is Puerto Rican, when he directed a Spanish phrase at him that is essentially a threat to beat someone up. Molina is known for being feisty and for sticking up for what he thinks is right, and he clearly was not pleased to see another catcher injured due to reckless baserunning, leading him to defend Lucroy's honor at all costs.

Even Justin Verlander isn't safe from Yadier Molina. I can no longer wait for the Cardinals-Astros series later this month. pic.twitter.com/vpPuZ1yFPY

How I, a lifelong @Cubs fan, became a Yadier Molina @Yadimolina04 fan.

A story of standing up for what you believe in 4 parts: pic.twitter.com/F9BjCBq85o

Got some help on the translation. Yadi isn’t playing around. pic.twitter.com/DXgupx4bfV