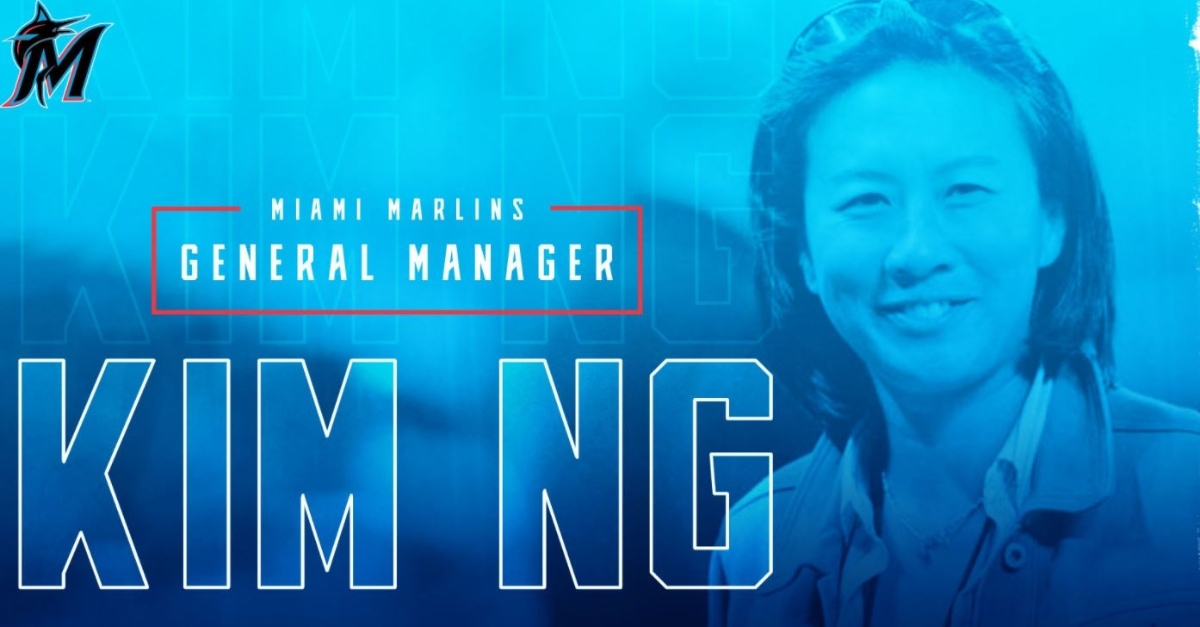 The Miami Marlins made history on Friday as they hired Kim Ng as their new general manager.

“I entered Major League Baseball as an intern and, after decades of determination, it is the honor of my career to lead the Miami Marlins as their next general manager,” Ng said in a statement. “We are building for the long term in South Florida, developing a forward-thinking, collaborative, creative baseball operation made up of incredibly talented and dedicated staff who have, over the last few years, laid a great foundation for success.

“This challenge is one I don’t take lightly," Ng said. "When I got into this business, it seemed unlikely a woman would lead a Major League team, but I am dogged in the pursuit of my goals. My goal is now to bring championship baseball to Miami. I am both humbled and eager to continue building the winning culture our fans expect and deserve.”

“All of us at Major League Baseball are thrilled for Kim and the opportunity she has earned with the Marlins," he said in a statement. "Kim’s appointment makes history in all of professional sports and sets a significant example for the millions of women and girls who love baseball and softball. The hard work, leadership, and record of achievement throughout her long career in the National Pastime led to this outcome, and we wish Kim all the best as she begins her career with the Marlins.”

“On behalf of principal owner Bruce Sherman and our entire ownership group, we look forward to Kim bringing a wealth of knowledge and championship-level experience to the Miami Marlins," he said in a statement. “Her leadership of our baseball operations team will play a major role on our path toward sustained success. Additionally, her extensive work in expanding youth baseball and softball initiatives will enhance our efforts to grow the game among our local youth as we continue to make a positive impact on the South Florida community.”

She is the first female GM in MLB history. pic.twitter.com/LGqxacnkTJ