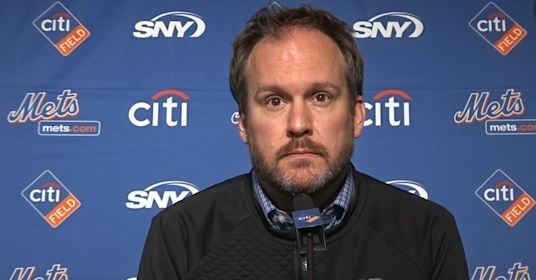 The New York Mets appear to be a rudderless ship.

The fans have booed the players, some of the players have given thumbs down gestures back, and now a serious situation with leadership.

According to the New York Post, Mets interim general manager Zack Scott has been busted for drunk driving.

Scott was busted dozing off in his car at 4:17 a.m. near the federal courthouse on Wednesday morning.

He was charged and released but will be back in court on Thursday.

The Mets released a statement on the serious matter.

"We were surprised and deeply disappointed to learn this morning about an alleged DUI involving Zack Scott," he said. " We take this matter very seriously. Zack will not be traveling with the team for our upcoming road trip while we learn more and determine the next steps."