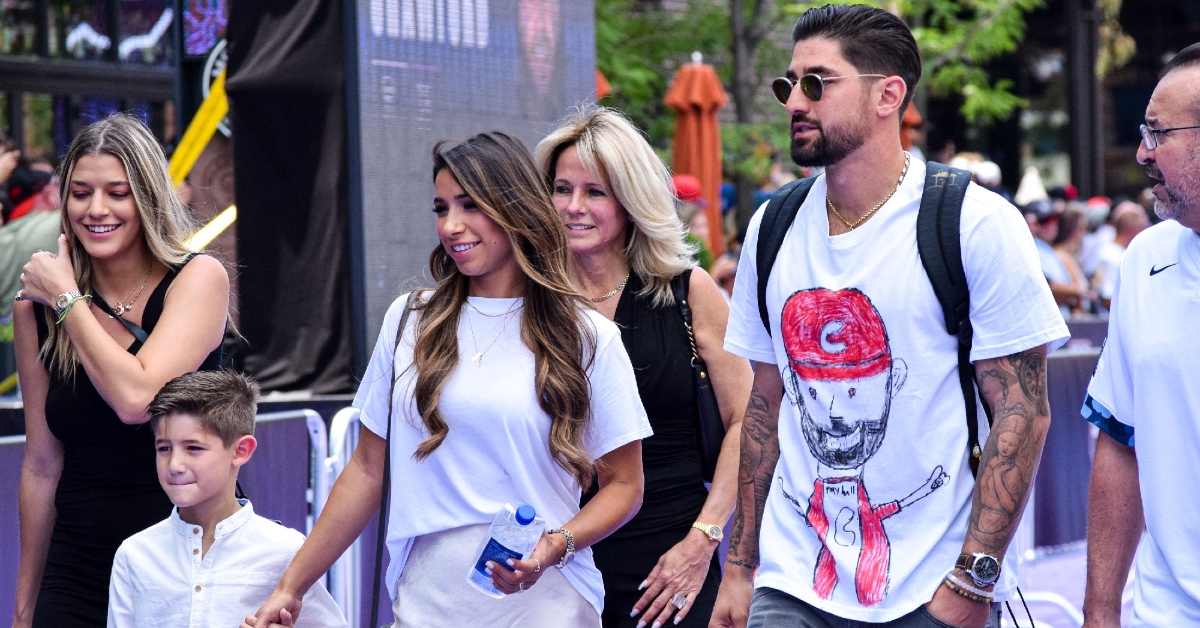 Nicholas and Liam Castellanos went viral over the T-shirt worn by Nicholas at the 2021 MLB All-Star Game. (Credit: @Reds on Twitter)

CINCINNATI — When Cincinnati Reds right fielder Nicholas Castellanos was photographed arriving at the 2021 MLB All-Star Game, the former Chicago Cubs slugger was wearing a custom-made T-shirt featuring a drawing of Nicholas in his Reds uniform that his 7-year-old son, Liam, drew. The shirt was an instant hit on social media, so Nicholas and Liam chose to use the viral fame for good.

Cincinnati-based T-shirt company Cincy Shirts partnered with Nicholas and Liam to manufacture and sell the shirts, and a portion of each sale will be donated to a charity of Liam's choice. Michelle Castellanos, Nicholas' mother and Liam's grandmother, recently videoed an excited Liam reacting to discovering the T-shirts that he designed being sold at Great American Ball Park.

Using his platform for a great cause, Nicholas made the most of his first career All-Star Game appearance, converting the attention generated by his son's doodle into a charitable effort. Named the "Liam Castellanos Collection," the clothing sporting Liam's design comes in a variety of styles, not just T-shirts, but the original T-shirt worn by Nicholas can be purchased here for the price of $30.

?? PLUS for a limited time, each shirt sold will be entered to win a signed baseball by Nick Castellanos and Liam Castellanos. Contest ends July 31st, 2021 at 11:59 PM. ?
?
*Shirt is not eligible for any promotions/discounts*

Liam sees his shirts at GABP tonight for the first time!!! He is researching local Children’s charities and will decide where the proceeds will go soon! Thank you @CincyShirts & @Reds pic.twitter.com/jpdRtxXuB7