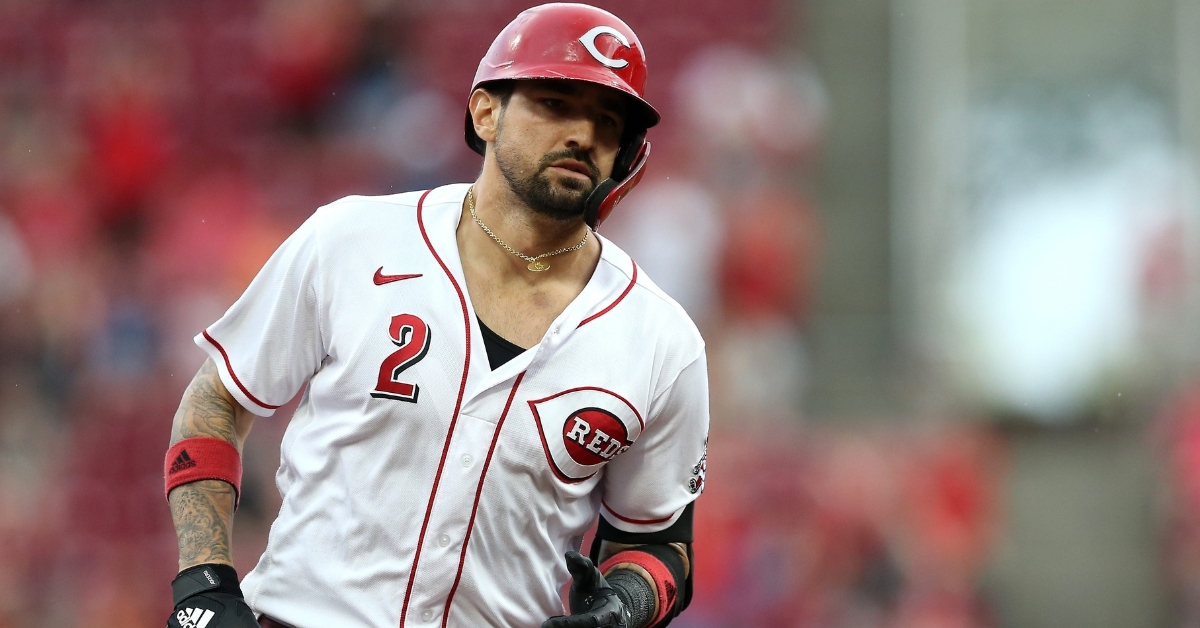 Now a member of the Reds, Nicholas Castellanos made a splash with the Cubs in 2019. (Credit: Kareem Elgazzar / The Enquirer via Imagn Content Services, LLC)

DENVER — Nicholas Castellanos appeared in his first All-Star Game on Tuesday, suiting up for the National League at Coors Field after getting voted in as a starter. The Cincinnati Reds right fielder was previously a spark plug for the Chicago Cubs after being acquired at the trade deadline in 2019, and Castellanos looks back on his Cubs tenure fondly.

In 2019, Castellanos led the majors with 58 doubles, the most hit by any player since 2000, and many of those two-baggers were recorded while he was a member of the Cubs. Castellanos was traded to the Cubs after spending nearly six years with the Detroit Tigers, and he talked about the impact that playing for the North Siders had on him during Monday's All-Star Game media availability.

"Getting traded to Chicago and all of a sudden being on a team where winning was important and the fans were 100 percent behind us and rooting for us," Castellanos recalled, "it was like playing a brand new game."

The 2019 regular season ended with the Cubs failing to reach the playoffs, despite Castellanos' best efforts. Castellanos then signed a four-year, $64 million contract with the Reds, and the Cubs have missed his offensive production ever since. Based on recent remarks made by Castellanos, however, an eventual reunion between the 29-year-old slugger and the Cubs is not out of the question.

Read Castellanos' full comments regarding his Cubs experience below:

Nick Castellanos on being traded to the Cubs in 2019:

“Getting traded to Chicago and all of a sudden being on a team where winning was important and the fans were 100 percent behind us and rooting for us,” Castellanos said, “it was like playing a brand new game.” pic.twitter.com/kLiwUrhEFa