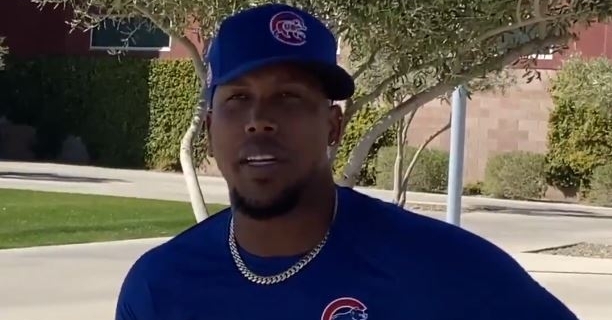 Strop is not currently on the Triple-A roster

'Hats to the left' is on pause.

Veteran righty Pedro Strop is currently back at home in the Dominican Republic on personal leave.

Ross was asked by the media today about Strop's status and when he will be returning to baseball.

“I have no way of knowing because he has taken his own personal time,” Ross said. “I definitely hope Stropy gets back with us, but there’s no way for me to know that.”

Currently, he is not listed on the Triple-A Iowa roster as their season gets kicked off on Tuesday.

Strop signed this spring as a minor league free agent.

So far this season, he has pitched two scoreless appearances with the Cubs back in mid-May. He also recorded a win on April 13 against the Brewers.

He was back in South Bend on April 17.

Based on the visuals & the account he tagged in his IG Story, looks like Pedro Strop was in the Dominican Republic today. He wasn't listed on Iowa Cubs initial roster, though - at last check - he was still with Cubs on a minor league deal. Minor league season begins in 2 days. pic.twitter.com/3GGbjkio6Y