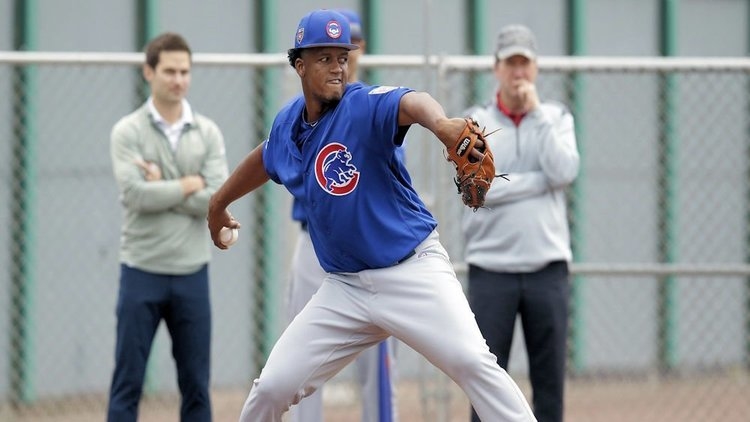 When healthy, De La Cruz operates with a pair of plus pitches and flashes a changeup with at least solid potential. His 91-97 mph fastball has plenty of velocity and is even harder to hit because of its movement and the angle he creates with his 6-foot-4 frame. His curveball combines power and depth and he's improving the consistency of his arm speed with his changeup.

De La Cruz has a strong, athletic frame -- he weighs more than his listed 200 pounds -- that should lend itself to durability. He has good body control for his size, repeats his delivery well and never has had any problems throwing strikes. If he can do a better job of staying on the mound, he can become at least a No. 3 starter.

The Cubs released a statement about the situation on Friday afternoon.

“We are disappointed to learn today that Oscar De La Cruz has violated Major League Baseball’s Joint Drug Prevention and Treatment Program. The Cubs fully support the Program and its efforts to remove performance enhancing drugs from the game. We also expect Oscar to learn from this experience and will support him on his journey back. Per Program protocol, the Cubs will not comment further on this matter.”