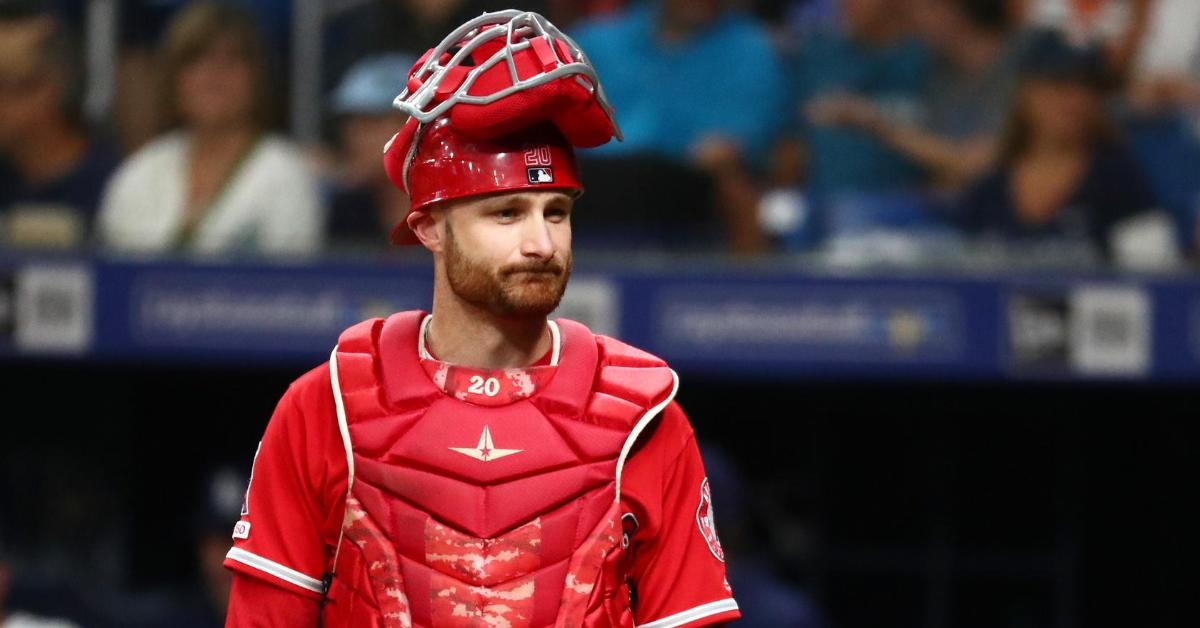 The Cubs could potentially sign veteran catcher Jonathan Lucroy with Willson Contreras on the shelf due to injury. (Credit: Kim Klement-USA TODAY Sports)

CHICAGO — In the wake of Chicago Cubs catcher Willson Contreras suffering a serious hamstring injury that is projected to keep him out of action for four weeks, the Cubs could be in the market for catching help. As of now, Victor Caratini and recent minor-league call-up Taylor Davis are the lone catchers on the Cubs' active roster, which means that the North Siders may seek to add a veteran backstop to the mix.

According to MLB Network insider Jon Heyman, the Cubs are considering signing free-agent catcher Jonathan Lucroy, who cleared waivers on Monday after recently getting cut by the Los Angeles Angels. Lucroy, 33, has been in the big leagues since 2010 and was named an All-Star as a member of the Milwaukee Brewers in 2014 and 2016. Like Contreras, Lucroy is a well-rounded catcher who excels at the plate as well as behind it.

Cubs are considering Jonathan Lucroy. With Contreras out, there’s a need.

Means the Cubs can get him without picking up millions left on contract.

Cubs interested. Unclear how many other teams might have a fit and would appeal to Lucroy. https://t.co/7E9m9Z3fya