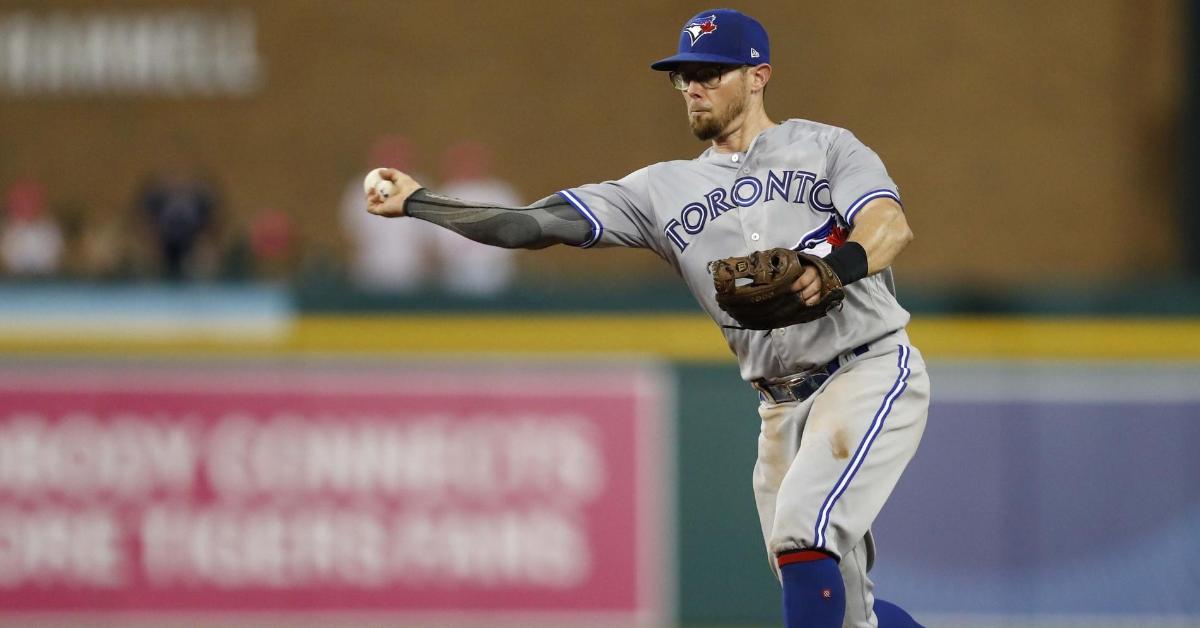 TORONTO — Several recent trade rumors from reputable sources have indicated that the Chicago Cubs, who are in need of reliable hitting at the second-base position, are interested in trading for Toronto Blue Jays second baseman Eric Sogard. The Blue Jays are a woeful 39-65 and expected to be sellers at the trade deadline, and multiple teams are reportedly looking into acquiring Sogard.

Interestingly, Sogard, who regularly starts at second base for the Blue Jays but also occasionally plays at shortstop, was not in the Blue Jays' starting lineup on Friday night, with MLB Network's Jon Morisi reporting that the Blue Jays claimed that it was a "scheduled day off" for Sogard. While that may be true, it is also normal for players on the cusp of being traded to find themselves riding the bench with a deal looming, meaning that the hot stove for Sogard is worth keeping an eye on.

#BlueJays, #Cubs have had recent trade discussions about Eric Sogard, source says, and he is not in Toronto’s starting lineup today. The official explanation is a scheduled day off. ?? @MLBNetwork @MLB