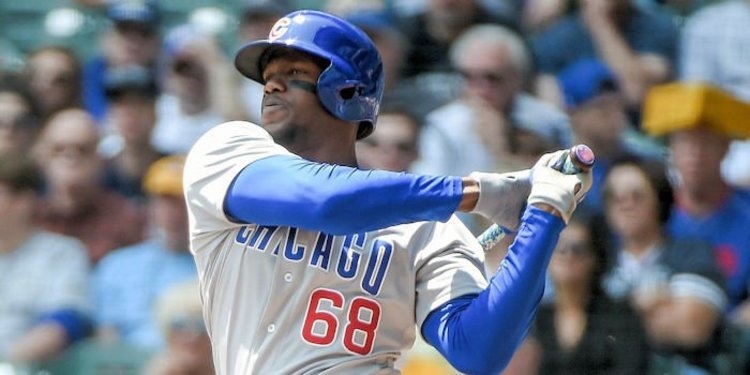 The Chicago Cubs are in the middle of the Winter Meetings on Wednesday morning, and according to multiple reports, the Cubs have agreed to trade outfielder Jorge Soler for Royals closer Wade Davis.

MLB insider Bob Nightengale of USA Today reported that the team are examining physicals currently and will announce the deal on Wednesday. The Cubs are looking at his medicals closley because of time he spent on the disabled list last season with a right arm strain.

For his career, Davis has a 3.53 ERA with 47 saves, 689 strikeouts, and 1.28 WHIP. He has made back-to-back All-Star games after being converted to a closer. He actually would fit in well with the Cubs as he played for Cubs manager Joe Maddon from 2009-2012 in Tampa Bay.

Wade Davis is the only pitcher in MLB history to have multiple seasons with at least 50 IP and an ERA of 1.00 or lower (2014 and 2015) according to ESPN stats and info. Another impressive stat is that he has given up only three homers in over 182 innings in his last three seasons.

Soler would fit well in the American League with his tape-shot homers at the DH position and his decent right field ability.

“We don’t have any untouchables,” Epstein said of Soler back in November. “But I still think there’s a lot more in there. He hasn’t had a season yet where he’s put it all together. It’s so obviously in him.”

The #Cubs and #Royals have a deal: OF Jorge Soler to #Royals for Wade Davis. Teams examining physicals. Will be announced in morning

Jorge Soler has been the #Cubs No. 1 trade chip all along, but likely would need more from #Royals than just one year of Wade Davis.